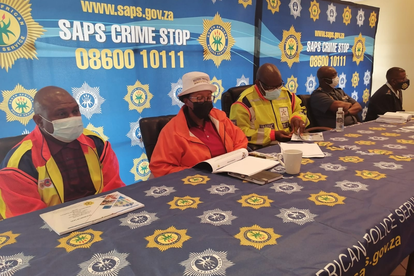 It’s all hand on deck for law enforcement in Gauteng during the COVID-19 pandemic as offiers arrested 800 suspects in 24 hours throughout the province.

The operation O Kae Molao was launched in lockdown level 3 with moderate results and many constraints, but the nation’s move forward into the pandemic’s lockdown level 2 on Monday 12 September inspired Gauteng police.

The O Kae Moloa operation was launched in the first week of August but police officials would only enjoy full duty patrols under the current lockdown level 2. Confirming the outstanding day’s work, the region’s Premier David Makhura, said that police began work on Wednesday morning at 6am and arrested 800 suspects.

“The South African Police Service (SAPS) and Law Enforcement are back with the O Kae Moloa operation,” the premier Makhura told eNCA.

“The police are back in the streets to launch re-launch this operation. It was hard to conduct operations like this during the lockdown and height of the pandemic. This operation was relaunched three weeks ago. Just from yesterday morning at 6am, over 300 suspects got arrested in Gauteng.

Makhura then continued to outline the crime categories the operations largely target in lockdown level 2. He confirmed that police focus on stolen car suspects, gender-based violence (GBV) perpetrators, and any level of criminal offenses.

“Over 200 of the 800 suspects that have been arrested are gender-based violence cases,” Makhura concluded.

Meanwhile, lockdown level 2 changes have two major categories worth noting. Curfew hours are now at 23:00 and end at 04:00. As for social gatherings, up to 250 people are allowed together indoors and 500 people can gather outdoors