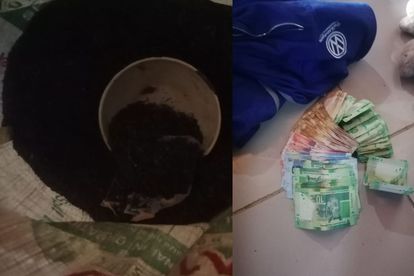 An intelligence-driven operation led to the arrest of two men and a woman for possession and dealing in drugs on Tuesday, 12 July, in the North West.  The trio were caught with nyaope – the street cocktail drug that consists of low-grade heroin, cannabis products and antiretroviral drugs along with other substances.

When the woman became aware of the police she jumped into the taxi. The vehicle and its occupants were searched by K9 Units from Kimberley and Hartswater.

Two men in the taxi were found in possession of 32 and 53 packets of Nyaope, respectively. The police went to the woman’s house in Extension 7, Taung. A search was conducted and they found one bag of dagga, nine units of nyaope and tik along with cash amounting to R5297.

The confiscated drugs have an estimated street value of approximately R27 000. The trio was arrested.