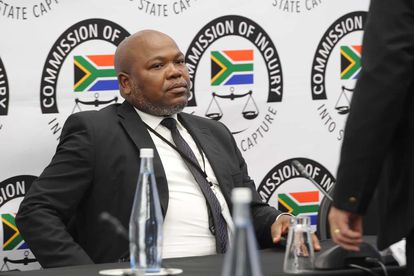 Former head of the National Prosecuting Authority (NPA) Mxolisi Nxasana believes Jacob Zuma’s campaign to have him removed was based on misinformation handed to him by Nomcgobo Jiba and Lawrence Mrwebi.

Speaking at the Commission of Enquiry into State Capture, Nxasana revealed a fractured relationship with Zuma while the former was President of South Africa.

He revealed the working relationship between them suddenly went cold just before he started hearing rumours Zuma was unhappy with him.

“All of a sudden he had an attitude toward me. He didn’t want to see me at all,” Nxasana told the commission.

“It was a very trying moment for me because soon after I got this rumour, I contacted [Zuma’s lawyer at the time] and I remember I also had to chase him.”

Nxasana believes this abrupt change was instigated by Jiba and Mrwebi, who he believes fed Zuma false information about meetings he was having with former NPA boss Bulelani Ngcuka.

“My belief is that Jiba and Mrwebi, in running their campaign to get me removed from the NPA, also peddled some misinformation to the President that I intended to reinstate charges against him,” Nxasana claimed.

“Every corner I went to I was confronted by the same question. People were saying the reason the President wanted me out was because he was told I intended to reinstate charges against him.”

Apparently, Ngcuka’s name is like a swear word around Zuma as he is the one who first brought charges of corruption against him back in 2009.

However, according to Nxasana, these meetings never happened and he had no plans to reinstate the charges against Zuma.

He was eventually able to tell Zuma this when the former President agreed to meet following Nxasana successfully filed an interdict against Zuma’s plan to suspend him with the courts.

“At the meeting, I had with the President I told him that I was aware of the campaign to get me removed which started before I was even appointed,” Nxasana said.

“He said to me one of the things people have told him was that I was meeting Bulelani Ngcuka who was the first NDPP. He said he was told I was meeting Ngcuka at a certain flat in Durban and they were prepared to take him there.”

The former NPA boss believes the whole reason behind the debacle is the poor working relationship he shared with Jiba and the resentment she held towards him.

“My view was that there was no reason Jiba and I could not work together professionally. It became very clear to me Jiba was resentful,” he revealed.

“She was acting in that position for a long period and hopes had been created. I got information that when I was appointed, Jeff Radebe had promised her he was going to recommend her.”