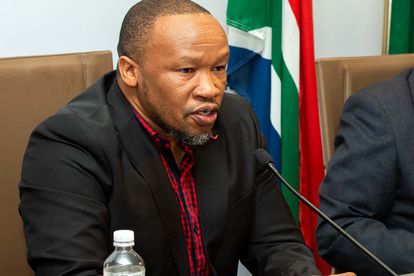 The National Union of Metalworkers of South Africa (NUMSA) declared its intention to challenge the decision by the Department of Labour (DOL) to make balloting compulsory before engaging in strike action.

“We believe the changes to the Labour Law are nothing more than a further unjustified limitation on the right to strike,” said Irvin Jim, NUMSA General Secretary.

Now illegal to strike without ballot of members

On Monday, the office of Registrar of Labour Relations announced that it was now illegal to embark on strike action before conducting a secret ballot of members.

The move has irked Jim who responded: “The capitalist ANC [African National Congress] government is once again, pandering to white monopoly capital by implementing this law.

“The poverty national minimum wage of R20 per hour, as well as this draconian law on strike balloting were designed to secure a pool of cheap labour which can easily be exploited with extremely low pay.

“At the same time, severely limiting the right to strike and eroding the power of the working class to bargain for better wages and conditions in the workplace. We condemn the capitalist ANC government for betraying the working class with this apartheid law.”

NUMSA concernd the courts have too much control

Jim said judges now have virtually unfettered power to suspend a strike or a picket on technical grounds and on peripheral issues which have nothing to with the substance of the strike action.

Before the amendments came into effect, the Labour Court would simply order that workers must comply with picketing rules. He said various effective remedies exist in the event of non-compliance.

“But with the new amendments, the judges now have the power to decide whether workers can continue to strike or picket. This is an unjustified attack on the right to strike and it takes the power away from workers to decide when a strike can end,” said Jim.

“It is interesting to note that the DOL has done little to deal with the fact that bosses often flout health and safety rules, resulting in the injury and deaths of hundreds of workers.

“Their inspectors are often absent and they fail workers on this crucial issue, but they have chosen to prioritise strike balloting over anything else.

“The DOL is quick to grant companies exemptions from adhering to collective agreements, even after workers have sacrificed their hard earned wages on strike action, in order to secure improved conditions.”

Department of Labour trying to deepen democracy in unions

Explaining the rational for the new rule, the DOL said the move was aimed at helping to “deepen democracy in the unions”.

Registrar of Labour Relations Advocate Lehlohonolo Daniel Molefe said unions and employer organisations have been accommodated to effect changes to their constitutions to cater for balloting.

“He said his office was daily receiving queries on the issue of balloting and was open for engagement on the matter,” said Molefe.

But Jim hit back saying: “The DOL is demonstrating once again that it is an institution created to serve the interests of the capitalist class, at the expense of workers and their families.

“We call on our members to heed the call by SAFTU [South African Federation of Trade Unions] for a general strike against these oppressive laws.”