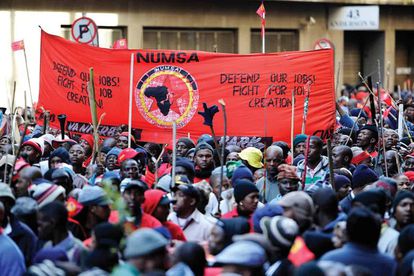 The National Union of Metalworkers South Africa (NUMSA) begged national government to call an urgent meeting between relevant stakeholders to come up with a concrete plan on how the country is going to tackle the scourge of unemployment.

Unemployment crisis at an all-time high

The call comes in the wake of Statistics South Africa’s (Stats SA) employment stats for June 2019, which were published at the end of July, showing that unemployment in the country had risen to 29%.

While a shockingly high statistic in its own right, it is made even worse with some perspective.

It is the highest unemployment rate since Stats SA began publishing a labour force survey over 11 years ago and actually increases to a mind-boggling 38.5% when people who have physically stopped looking for work out of disillusionment are included.

On top of that, youth unemployment sits at around 56%, meaning that more than one out of every two new entrants into the workforce cannot find a job.

Overall there are 6.7 million South Africans out of work and it would be way worse if there wasn’t such a significant informal sector producing at least some work opportunities, even if most of it is part-time or temporary.

NUMSA believes the current employment crisis can be directly blamed on the ruling African National Congress (ANC) for their choice of macro and micro-economic policies.

The union did not stop there, though, and had some choice words for the private sector too, which they believe is exploiting the Labour Relations Act to cut jobs and inflate profits.

“NUMSA is particularly irritated that whilst it is publically acknowledged and condemned that there is a lot of rot and corruption in the public sector, the same attitude is not adopted in the private sector,” it said.

“From where we stand, there are no holy cows when it comes to corruption, both in the public sector and in the private sector.”

A meeting of leaders

NUMSA wants President Cyril Ramaphosa to get leaders from trade union federations, the private sector, civil society, and government together to come up with a clear and direct plan to tackle the unemployment crisis.

“At the back of South Africa’s mineral wealth and resources and at the back of the African continent and her resources, we must champion a job-led industrial strategy that must not only defend and create jobs, but also prepare us for the fourth industrial revolution,” it added.