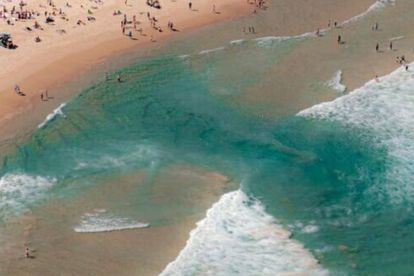 The NSRI has provided tips for the public to ensure they remain safe if they are trapped in a rip current. Photo: nsri.org.za

The NSRI has provided tips for the public to ensure they remain safe if they are trapped in a rip current. Photo: nsri.org.za

The National Sea Rescue Institute (NSRI) urges the public to be extremely cautious around the coast.

The NSRI revealed that rip currents are to blame for some of the drowning incidents that occurred recently. The institute says there have been very strong rip currents around the coast and that bathers and shoreline anglers are at risk.

What are rip currents?

Rip currents, according to the NSRI can develop where there are breaking waves. Bigger waves tend to produce stronger currents. These currents are formed by water moving from the beach back out to sea.

Rip currents tend to move slowly enough to barely be detected. If the right circumstances arise in terms of waves and beach profile, the currents can move at speeds of up to two metres per second.

How to spot a rip current as per NSRI

The NSRI provided the following tips for beachgoers to recognise a rip current:

The NSRI says that bathers are at risk of being swept out to sea by rip currents while swimming or wading in water along the beachfront.

Even those in shallow water who find themselves in a rip current can also be at risk of being swept out to sea. If you are caught in a rip current, here are a few tips from the NSRI:

How to assist someone else trapped in a rip current: