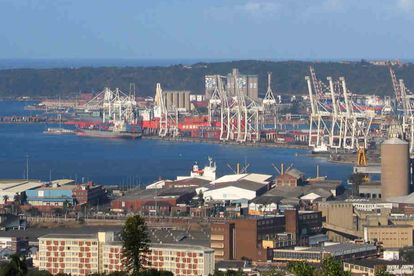 The NSRI Durban Duty Crew were activated after a capsized vessel was reported on 16 June 2022. Photo: Creative Commons.

The NSRI Durban Duty Crew were activated after a capsized vessel was reported on 16 June 2022. Photo: Creative Commons.

The National Sea Rescue Institute (NSRI) Durban Duty Crew was called to Vetchies on Thursday, 16 June, after a ski-boat took on water and went under.

“It appears that the ski-boat may have suffered engine failure before drifting out the Durban Port entrance where off-shore of Vetchies the vessel capsized,” said Bevis.

Search and Rescue units from both the national and municipal police were called to the scene. When the authorities reached the vessel in distress they found that a  private ski-boat Catamaran had saved eight people from the water.

The eight survivors told the authorities that one person was still missing before they were taken to the NSRI rescue base by the private vessel.

A search for the missing man was immediately launched and the capsized ski-boat was located 800 metres from the Vetchies shore.

An NSRI rescue swimmer conducted a free dive search under the hull of the capsized boat while a second rescue craft was launched to help with the search.

There were no signs of the missing man despite searching into the early hours of the man, said Bevis. Police and Metro Police divers continue the search.

The capsized boat was towed north of Vetchies Beach to open the Port of Durban to shipping traffic.

“NSRI commend the local private boat skipper and his crew for rescuing the 8 survivors from the water. Our thoughts are with the family and friends of the missing man in this difficult time,” said the Durban Duty Crew coxswain.