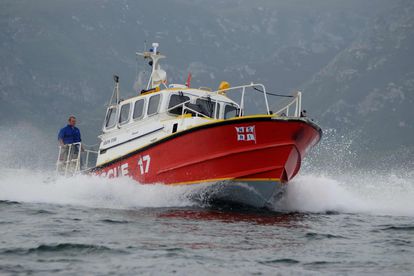 The National Sea Rescue Institute (NSRI) said an investigation is underway after a fishing vessel with two dead crew members docked at the Yzerfontein Harbour in the Western Cape on Friday morning, 17 September. The NSRI and South African Police Service (SAPS) were alerted to the incident by the other crew members on board the vessel.

NSRI spokesperson Craig Lambinon, said the NSRI and SAPS were notified of the two fishermen’s deaths at 9:46 on Friday. Two of the eight crew on board the fishing vessel were suspected to be deceased.

“NSRI medics met the vessel on her arrival at Yzerfontein Harbour and a doctor, who happened to be at the harbour at the time, assisted,” said Lambinon. Unfortunately, the two men – aged 42 and 67 – were confirmed to be deceased.

The police were also at the scene and an inquest docket into the circumstances surrounding their deaths is underway. Western Cape SAPS spokesperson Joseph Swartbooi said that no foul play is suspected.

The bodies of the deceased were taken into the care of the Western Cape government’s Health Forensic Pathology Services, according to the NSRI.

“Condolences are conveyed to the families of the two deceased fishermen,” said Lambinon.