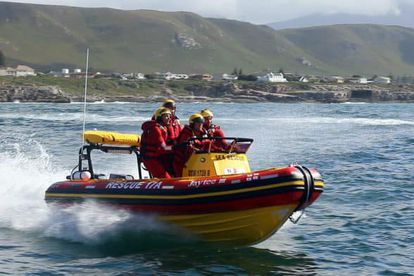 The National Sea Rescue Institute (NSRI), the police and several other emergency response agencies rushed to Kalk Bay, Cape Town on Sunday, 26 September, after multiple eyewitnesses saw a drowning in progress near a restaurant in the harbour.

NSRI Simonstown station Commander, Darren Zimmerman, said two bystanders were found in the water at the scene. They had volunteered to enter the water to rescue a 32-year-old man who reportedly fell off a paddles-ski approximately 30 meters from the shore before disappearing beneath the water.

“An extensive air, sea and shoreline search commenced, which included NSRI rescue swimmers free dive sweeping line search efforts, but despite the extensive search no sign of the missing man was found.

“A Police Dive Unit was activated and NSRI Simon’s Town dispatched the sea rescue craft Donna Nicholas which was used to support the Police divers on the scene,” said Zimmerman.

The police divers’ scuba search also found no sign of the missing man. The NSRI spokesperson said the police search is ongoing and it would be supported by the Cape Town Fire and Rescue Services’ divers.

The police have opened an investigation and the family of the missing man had not been located immediately after his disappearance. However, Zimmerman said it is believed that the man lives in Kalk Bay and locals know him.