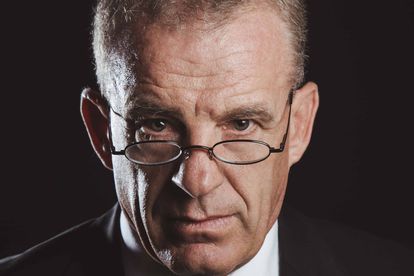 The National Council of Societies for the Prevention of Cruelty to Animals (NSCPA) has, thus far, raised R11 364.53 in an effort to cover the legal fees involved in their private prosecution case against Thandi Modise, the Speaker of the National Assembly.

NSPCA vs Thandi Modise: Why is Modise being challenged in court?

AfriForum was approached by the NSPCA for assistance after it was discovered, in 2014, that Modise’s animal farm, in North West, had been left abandoned for weeks.

What the investigators from AfriForum’s Civil Rights Organisation found when they arrived at the farm was a gruesome scene, where dozens of animals were dead, some barely clinging to life.

The NSPCA later revealed that the animals were in such a dire state, they were forced to put down more than 160 of them.

#ThandiModise finally has her day in court! The #NPA failed to prosecute the matter even though there was prima facie evidence that she had made herself guilty of #AnimalAbuse! ?? #AfriForum's private prosecution unit is ready to take her to trial on behalf of the #NSPCA! ??? pic.twitter.com/Ey26xBVVzB

Why is NSPCA crowdfunding for Gerrie Nel?

Due to the fact that the National Prosecuting Authority (NPA) declined to pursue these charges, the animal rights group was successful in its application for private prosecution.

“A case of this magnitude is estimated to take a minimum of 30 days and can be extremely expensive. The campaign launched on donations based crowdfunding platform, BackaBuddy aims to raise funds to cover the National Council of SPCAs legal fees for the “Animal Farm” case to successfully prosecute, raise awareness, and to make the point to future perpetrators that no one is above the law, irrespective of political power, money, and/or fame. A successful prosecution will also help develop case law,” NSPCA stated.

How much is the fundraising target?

Seeing that Advocate Nel has taken the case on a Pro Amico basis, the NSPCA is aware of the exorbitant costs involved in pursuing a private prosecution against Modise who will undoubtedly unleash her own ivy league defence team.

Therefore, the animal rights group has launched a Backabuddy goal of R200 000. So far, the crowdfunding campaign has received R11 364 from 18 donors.

When is the next court date?

After much delay, Modise appeared before the Potchefstroom Regional Court, on 22 July, and requested that she be given more time to gather her evidence to counter the charges.

The case has since been postponed until Wednesday, 30 October.