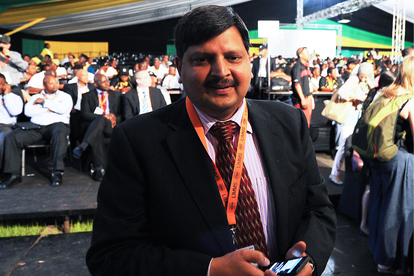 The National Prosecuting Authority (NPA) is hot on the trail of the Guptas. This is the message the state prosecutions agency is sending amid questions over its capacity to extradite Atul and Rajesh.

The Dubai police arrested the brothers in the United Arab Emirates (UAE) earlier this month. Interpol reportedly put out a red notice for the pair, which sparked their subsequent arrests.

Extortion, fraud, bribery, and money laundering are among a slew of corruption charges against the controversial family. The NPA said it submitted a request for provisional arrest warrants. It did so with the help of the justice department.

READ MORE: What will it take for the Guptas to face corruption charges in South Africa

The agency is negotiating extradition back to SA, where they want the Guptas to answer for their involvement in State Capture.

Chief Justice Raymond Zondo delivered the final part of the State Capture report to President Cyril Ramaphosa on Wednesday. This ended the four-and-a-half-year run for the Zondo Commission that started in 2018.

Interested in the State Capture findings? Then these are the final parts of the report.

Ironically, former President Jacob Zuma established it to investigate State Capture allegations in the public sector. However, the real work is likely only set to begin when law enforcement investigates those incriminated in the report.

And, since the Gupta family is allegedly heavily involved, the NPA has assured the public that an experienced prosecuting team is working tirelessly to bring them to book.

In the meantime, NPA spokesperson Mthunzi Mhaga said the extradition treaty with the UAE means SA has 60 days from the date of arrest to submit its formal extradition application.