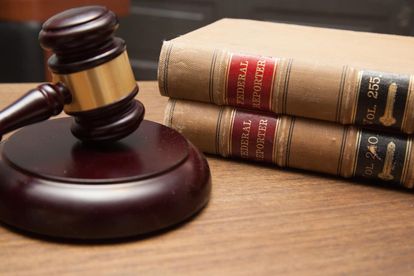 According to the Daily News, Justice was served after seven long years for 13 women, when the serial rapist, Sello November, 29, who had raped them, was sentenced to 300 years in jail in the Durban High Court, on Wednesday 6 November 2019.

The 13 women were all choked before being raped while unconscious. The 14th woman died while being choked and raped.

Chilling recollections of the rapist’s crimes

November, who faces three other rape charges in Johannesburg, was arrested in 2017 for theft. A DNA sample taken from him then linked him to the DNA samples taken from the 14 women whom police had already established had been raped by the same man.

One of the women, Nompumelelo Mdlalose, 38, of KwaMashu, was on her way to work at 5am on April 25, 2013 when November strangled her and then raped her. She did not survive.

Beauty Zwane, Mdlalose’s mother, said she was raising Mdlalose’s eight-year-old daughter. She cried outside court after the rapist was sentenced, describing the court’s ruling as “bitter-sweet” due to the fact that it took so long for him to be sentenced.

“We lived in a rented room in KwaMashu, which we shared with six other tenants. My daughter was my only hope of getting out of that situation. Our dream was to have our own house and have dignity, but we were robbed of all of those dreams,” she said.

Sentence for a serial rapist

In his guilty plea, November admitted choking his victims, threatening them with a knife or a screwdriver and raping them while they were unconscious.

Victims laid charges of rape at the KwaMashu police station, but no one was arrested until sergeants Mndeni Mzila and Vusi Shinga of the Family Violence and Child Protection and Sexual Offences (FCS), stationed at Ntuzuma police station, investigated the cases.

They discovered that most of the rapes in the area were the work of one rapist.

Their investigations later established the DNA connection that linked November to the 14 unsolved cases.

Attorney Tiagraj Pillay pleaded with the court to consider November’s age and his personal circumstances in sentencing him. He said November was an orphan, had dropped out of school after his parents’ death in 2011, and got involved with bad friends who introduced him to drugs and alcohol.

Pillay said this was around the time November had started committing the rapes. He had been between 21 and 23 years of age at the time.

He urged the court to also consider that he had taken responsibility for his actions and pleaded guilty as a rapist but State advocate Krishen Shah said November’s personal circumstances were not exceptional.

“Although he pleaded guilty and showed some remorse, the problem that the court has is that we still do not know why he committed the rape offences, if his intention was to rob the women,” he said.

Judge Jacqueline Hendriques agreed with Shah that although November had taken responsibility for his actions and being a serial rapist, no one knew why he raped the women because he had said his intention was to rob them of cash and their cellphones.

The judge said November had said he had strangled Mdlalose to prevent her from screaming.

“The crime of rape is serious and prevalent in South Africa. Society is outraged by these offences. The victims were robbed of their dignity and their belongings. The frequency of the offences shows that he targeted women who were alone. These were not spur-of-the-moment offences,” said Judge Hendriques.

Some adult victims said they had terminated their relationships after the rape incidents.

“I am still affected physically and emotionally. My life will never be the same. I was beginning to lose hope of ever finding justice. It consoles me to know that he will be behind bars for a long time,” said one woman.