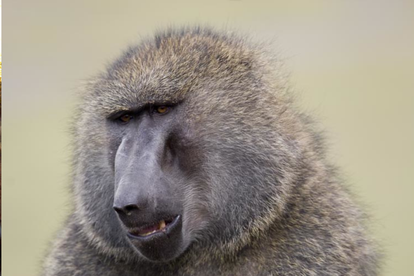 Animal rights activists are enraged over the death of a well-known baboon named Scarface at the hands of the Overstrand Local Municipality this week. The municipality said it attempted all possible solutions before choosing to euthanise the baboon on 3 September after 94 reported cases of destructive behaviour in the Betty’s Bay/ Kleinmond towns of the Western Cape.

The baboon had an extensive file of reported offences that included breaks into occupied homes, 11 incidents of threatening behaviour, and 35 incidents of breaking and entering, and damaging property.

The notorious baboon was also noted for threatening the staff that was placed to manage aggressive baboon behaviours in the municipality.

The Overstand municipal manager Dani O’Neill said that the baboon, also known as BBM1, also had put its life at risk by spending increased time in Urban areas.

“Also considered was the interest, safety and welfare of the Betty’s Bay/Kleinmond troop as a whole, the safety of local residents, and the risk of BBM1 being injured or killed through inhumane methods due to spending more and more time in the urban area, while also leading a splinter group into the urban areas transferring his taught behaviour to others,” O’Neill said in the municipality’s statement.

On the opposite side, animal rights activists offer a different view of the decision to put down the baboon.

“The baboons need to be seen as tourism icons, not problem animals,” said Terry Corr of Baboon Solutions.

“Killing of adult males has to be removed from the table as there are other non-lethal options that were not properly considered,” he added.

An incensed Corr added to say that Human Wildlife Solutions (HWS) must be fired and the municipality officials should face investigations.

“The raiding of homes increased with the HWS presence which focuses on creating a landscape of fear, It is unacceptable. HWS must be fired and their contract deemed failed. All officials from the mayor downwards should be thoroughly investigated and charges of animal cruelty are instituted, if necessary.

“We cannot fight for the life of every single baboon that acts like one. Coexistence is the only way to go and should be actively encouraged, education should be a priority and all waste management must be seriously improved. Scarface must not have been murdered in vain. We want answers and we want our solutions considered,” Corr said.