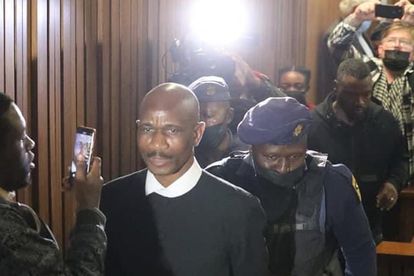 According to reports, Ndlovu was expected to take the stand at some point as the trial resumes on 30 May at the Pretoria High Court. He passed away last Wednesday, reportedly.

In an interview with eNCA, Teffo who represents four of the accused in the case said he believes Ndlovu’s death was not of natural causes.

“Without commenting further, we would desire further investigation,” Teffo said.

Teffo had asked for the trial to resume earlier than 30 May, saying that lives are at risk as people were reportedly receiving threats.

Ndlovu,  who is a former provisional head of SAPS, was one of the first people at the scene of the incident. He had been mentioned by the first state witness, police officer Thabo Mosia, who was also at the scene.

During cross-examination, Mosia said Ndlovu was the one who briefed him when he arrived at the scene to collect forensic evidence. His death has now raised questions as to how this will impact the trial going forward.

NPA Regional Spokesperson, Lumka Mahanjana said they do take note of the reports of the passing of General Philani Ndlovu, however, with regard to the Meyiwa case; Gen Ndlovu is not regarded as a crucial witness.

“His role was limited to his presence at the place of the incident and the management of the crime scene. It should be noted that his statement had not been obtained by the investigators.”

Mahanjana said there are several other witnesses who will give relevant evidence on the merits of the case.

“The State is still confident that it has sufficient evidence to ensure a successful prosecution in this case,” Mahanjana said.