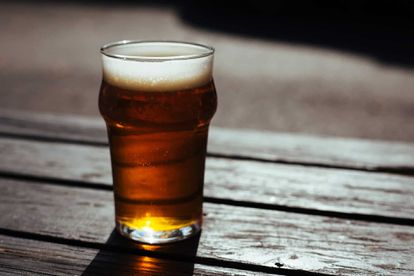 Police in Port Nolloth in the Northern Cape are investigating the death of a man and a woman after they allegedly consumed homemade beer.

The woman was already found dead, while the man was writhing in pain after allegedly consuming the homemade alcohol.

“It is alleged that a 42-year-old woman was found dead in a flat and a 54-year-old man was found writhing with pain yesterday [2 May]. The man was rushed to the local hospital where he later died,” said Ramatseba.

“[An] inquest docket has been opened to determine the cause of their death. Two empty bottles of homemade brew have been seized for forensic tests,” he added.

Next of kin of the deceased have been notified. The couple has been identified as Alyda Fouche Tony Edward Hilliar.

Making your own alcohol can result in death

When the nationwide lockdown was announced, so too came the alcohol ban. Police Minister Bheki Cele vouched for the ban, saying it has decreased the amount of crime in the country.

President Cyril Ramaphosa, together with his lawyers, said alcohol lessens people’s judgement and therefore could act against curbing the spread of the virus.

Despite the many reasons as to why alcohol should not be available during the lockdown, many South Africans were not having it. Google reported that “how to make homemade alcohol” became one of the top searches in South Africa.

Homemade beers can be made using ingredients like pineapple, ginger and sorghum but be careful, according to alcoholrehab.com, inexperienced brewers are at risk of unknowingly using harmful ingredients in their homebrews.

“Such harmful ingredients can be lethal or cause blindness to those that drink them. In Kenya, there have been reported deaths related to the lead poisoning of drinkers of the locally brewed changaa, whose name incidentally translates as kill me quick. Makers of this beverage and other homemade alcoholic drinks around the world often add high-octane fuel or other chemicals to the mix to increase their euphoric effects,” it said.

“These ingredients, however, can cause death or irreparable damage to the drinker’s vital organs. Another killer, wood alcohol, also known as methanol, can be highly toxic, causing death or blindness through damage to the optic nerve among drinkers,” it added.