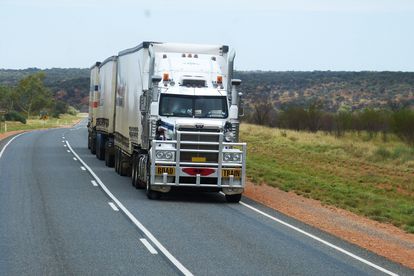 This clip, recorded at the M19 and Umgeni Road Interchange in Durban. Image: Pixabay

This clip, recorded at the M19 and Umgeni Road Interchange in Durban. Image: Pixabay

The South African Police Service (SAPS) in the North West has warned that truck hijackings have seen a rise in recent months, particularly in Brits, Mmakau and Mothotlung.

One of the latest incidents occurred on 13 April when a truck driver was sent to collect good in Brits. When he arrived at the location, he called the client who then sent someone to accompany him to the collection site. The truck driver and the man proceeded to Mothotlung via Damonsville.

“It is alleged that the pair met with another man, who was supposed to direct and accompany them to the collection site. After getting in the truck, he allegedly pointed the driver with a firearm and instructed him to start the truck. Suddenly, the third man emerged, but the driver proceeded and ultimately stopped at Mothotlung cemetery where he was forced out of the truck at gunpoint.  The suspects tied his hands and legs with a rope, then robbed him of his cell phone, bank card and an undisclosed amount of cash before driving off with the truck,” said SAPS North West spokesperson Colonel Adele Myburgh.

TRUCK DRIVERS URGED TO BE CAUTIOUS

In light of the truck hijackings in the North West, police have urged drivers to take be extra cautious, so as to avoid being victimised. This includes when having to meet with potential clients.

“Truck drivers are therefore urged to be vigilant at all times, especially when they are to meet with unknown clients. Furthermore, they must avoid meeting in secluded areas, but rather use frequented public places, such as fuel stations,” Myburgh further said.

In another hijacking that had occurred in Brits back in March, a 26-year-old was accosted by some men when he arrived at the collection site together with a crew member.

“Upon arrival at the collection point, they were approached by three unknown males and one of them pointed them with a firearm and instructed that the truck be stopped. The suspects allegedly tied the victims up, then searched and robbed them of their cell phones, bank cards and an undisclosed amount of cash. Consequently, the suspects drove off with the truck and left the victims stranded in the bushes near a mine”