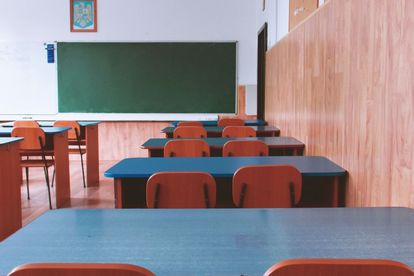 The North West Legislature’s Portfolio Committee on Education, Sports, Arts and Culture has urged the police to act swiftly to arrest the men behind the brutal murder of a school teacher in Rustenburg.

Chairman of the committee, Kabelo Mataboge has expressed shock at the brutal murder of the teacher at Rutanang Primary School in Geelhout Park this morning.

DEPARTMENT SADDENED BY THE DEATH OF TEACHER

A 45-year-old teacher was shot at close range by unknown suspects who later fled the scene on foot without taking anything from the victim’s vehicle.

According to Brigadier Sabata Mokgwabone, from the information they received, the teacher was in her Toyota Fortuner vehicle in front of the school gate when she was shot.

Mataboge said the North West Legislature Committee was saddened by the death of the teacher and sends condolences to the family of the bereaved.

“We urge the police to act swiftly to arrest the perpetrators of this malicious incident and ensure that justice is served accordingly. We cannot allow our schools to be places of crime were innocent lives are taken in front of traumatised learners who are preparing for mid-term examinations.”

“We lament the issue of the security in our schools as we feel that both the learners, teachers and school staff are not protected enough so that such incidents shouldn’t occur.

The education department should invest in proper armed security trained to prevent such incidents from occurring in the future,”

POLICE LAUNCH A MANHUNT FOR THE SUSPECTS

Police have not arrested anyone at this stage.

The Provincial Commissioner of North West, Lieutenant General Sello Kwena has since called for the mobilisation of the 72-hour Activation Plan following the ruthless murder.

He urged members of the community to work together with the police to ensure that the suspects are brought to book.

Meanwhile, the police request anyone who may have information to contact Lieutenant Colonel Partson Chomela on 082 772 8124.