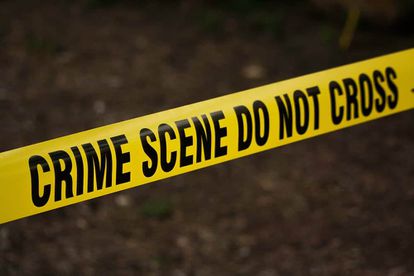 On Thursday evening, ER24 reported an accident involving a taxi in North Riding, on the corner of Malibongwe and Kapital Street.

What happened in North Riding?

According to paramedics who were called on the scene, none of the passengers appeared to have sustained serious injuries but nothing could be taken lightly.

“When ER24 paramedics arrived at the scene shortly after 18H30, they found some of the patients seated and some that were walking around.

“Most of the patients were found to have sustained injuries ranging from minor to moderate. One patient was found lying on the ground and had sustained serious injuries,” ER24 spokesperson, Ineke van Huyssteen wrote in a statement.

‘Cause of taxi accident not known’…

At this point, authorities have not been able to establish what the cause of the accident was. However, when they arrived on the scene, the taxi was tipped over and the passengers were scattered nearby — some seated and others pacing around.

Reckless driving is one of those traits taxi drivers have. On a consistent basis, we cover stories involving taxi drivers and their on-road behaviour.

However, the police are still looking into the situation to establish fault because it is out of sheer luck that none of the passengers lost their lives in such a dangerous accident.

“ER24, as well as various other medical services on the scene, transported the patients to various hospitals for further medical care.
The exact circumstances regarding the incident were not known. Local authorities were on the scene,” he added