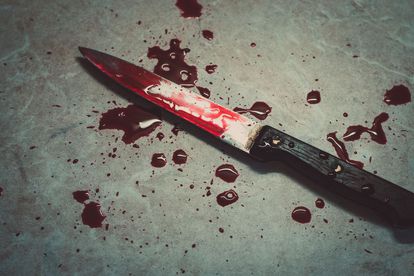 A knife-wielding suspect was shot dead as he stormed police officers at the Madeira police station. Image: Pixabay.

A knife-wielding suspect was shot dead as he stormed police officers at the Madeira police station. Image: Pixabay.

KwaZulu-Natal Department of Social Development MEC, Nonhlanhla Khoza has condemned the brutal murder of a young nurse, Nomkhosi Zungu in Esikhaleni township on the North Coast.

Nomkhosi Zungu ,35, was allegedly stabbed and had her throat slit on Wednesday, 7 September after she returned from her shift at The Bay Hospital.

It is alleged that the 35-year-oldwas murdered by her boyfriend that she shared a house with in Esikhaleni.

The boyfriend allegedly called the deceased’s sister to inform her that he was going to kill Zungu and further take his life.

KwaZulu-Natal Social Development MEC, Nonhlanhla Khoza condemned the incident and conveyed her heartfelt condolences to the nurse’s family and her colleagues.

Khoza described Zungu’s murder as absolutely devastating and urged society to stand up to protect women from such atrocities.

“We condemn Zungu’s murder in the strongest terms and we want to appeal to anyone with information regarding the whereabouts of the alleged killer to contact the police,” she said.

Khoza further said it was truly unfortunate and disturbing that the province continued experiencing such atrocities perpetrated against innocent and defenceless women.

“It is very hard to comprehend what leads to this kind of violence in communities. How can a person murder the very same woman that he claims to love. It is hurting and disturbing to hear about the killings of women and children daily in this province,” she said.

The Department of Social Development in the province has since dispatched a team  of social workers to offer psycho-social support to the family as well as the nurse’s affected colleagues.

Khoza also called on the community to help the law enforcement agencies to find the perpetrator.

The alleged killer is still at large.

In a separate incident, the KwaZulu-Natal (KZN) Department of Cooperative Governance and Traditional Affairs (COGTA) has called for police to leave no stone unturned after Nokuthula Dlamini who worked as a Community Development Worker for Ward 16 in the Mtubatuba Local Municipality was brutally murdered.

Nokuthula Dlamini was murdered together with her mother and two children aged 7 and 3-months-old by unknown gunmen in the early hours of Wednesday morning in KwaMtholo in Umtubatuba.

KZN police spokesperson Brigadier Jay Naicker said in the early hours of Wednesday morning, police at KwaMsane received a report of murder at KwaMtholo where four people were killed. On arrival police found a house that was torched with the deceased still inside.