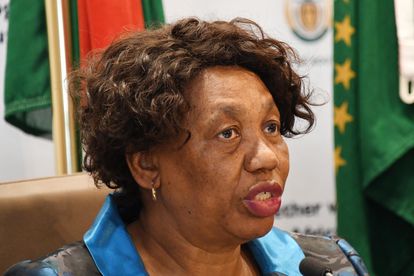 The Department of Basic Education (DBE) on Saturday 12 December, agreed that there should not be a matric rewrite after two papers were leaked…but not so fast, the DBE will still be appealing certain aspects of the judgement.

The Gauteng North High Court took the decision, on Friday, to have the matric rewrite set aside. The Council of Education (CEM) has since noted the judgement and agreed that there will be no rewrite of the Mathematics Paper 2 and Physical Science Paper 2, which were scheduled for 15 and 17 December 2020, respectively.

NO MATRIC REWRITE BUT….

CEM agreed that the Class of 2020 has been confronted by many challenges brought about by the COVID-19 pandemic, and it would therefore be unfair to further subject the Class of 2020, their teachers and parents to further uncertainties and exacerbate the anxieties they currently face.

Despite the agreement that there will not be a matric rewrite, CEM has noted a number of aspects in the judgement that it feels cannot be left unchallenged.

“After consulting broadly and extensively with lawyers, the courts will be approached to correct those identified aspects of the judgement,” the DBE said in a statement.

Of major concern, is that the court did not address the crux of the matter, namely the credibility, integrity and fairness of the 2020 National Senior Certificate (NSC) examination, taking into account the compromise of the 2020 exams, resulting from the leaks of Mathematics Paper 2 and Physical Science Paper 2.

“Some of the findings of the court are discordant with applicable basic education legislative provisions, and some findings were made against the Department on issues that were not even raised in the court papers. CEM was particularly concerned about the tone and language used by the Honourable Judge,” it added.

INVESTIGATION INTO LEAKED PAPERS TO CONTINUE

The CEM also directed the Department to continue with a sense of urgency with its investigation into the leaks of the two matric examination papers, alongside the probe being conducted by the Hawks. Basic Education Minister Angie Motshekga also said learners, teachers and parents should take solace in the fact that there will not be a rewrite.

“The Class of 2020, their teachers and their parents should take solace in CEM’s decision that the Mathematics Paper 2 and Physical Science Paper 2 will not be rewritten on 15 and 17 December 2020.

“Enjoy your Christmas and New Year’s break; rest and recharge for 2021; but you must observe all COVID-19 health, safety and social distancing protocols at all times,” she added.