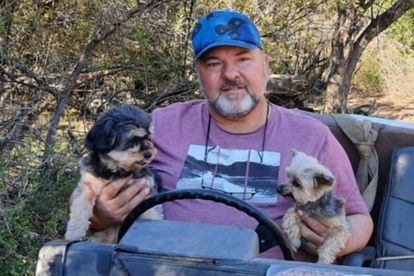 No arrests have been made after a beloved father of East Londen was brutally gunned down in his vehicle during peak traffic in Gonubie, East London.

NO ARRESTS YET, THE INVESTIGATION ONGOING

Petrus Roets (60) was brutally gunned down in his vehicle near Gonubie offramp on 19 May 2022.

Petrus was a senior official at the University of Fort Hare at the time of his death.

He was killed in a suspected hit after he testified in a disciplinary hearing against another employee.

According to reports, several senior staff members at the university are now living in fear.

HE WAS KILLED IN A SUSPECTED HIT AFTER HE TESTIFIED

Several staff members have been targeted and attacked since the start of March.

According to a report by the DispatchLIVE the Alice homes of UFG vice-chancellor Prof Sakhela Buhlungu and another senior official were fired at by gunmen in March. On 1 April a third senior official’s East London house was attacked by gunmen.

The publication also said it was established that Petrus was the target of a grouping within the university. At some point, he was suspended but the suspension was withdrawn due to a lack of evidence.

PETRUS WAS THE TARGET OF A GROUPING

The university’s spokesperson JP Roodt told the publication that it was the conclusion of the university that Petrus had been set up.

Another senior staff member reportedly told the DispatchLIVE that there were warring factions at the university tussling over attempts to control the institution’s resources.

NOT THE FIRST ATTACK ON SENIOR STAFF MEMBERS

Police spokesperson Brigadier Tembinkosi Kinana said the fatal shooting of Petrus happened at around 15:30 on Thursday.

“At approximately 15:30 on Thursday, the victim was allegedly shot by unidentified suspects near Gonubie offramp while stopping at the robots.”

She said he had sustained injuries to his upper body and was declared dead on the scene.

PETRUS WAS AMBUSHED ON HIS WAY HOME

“The circumstances surrounding the incident are currently under investigation. No arrest has been made at this stage as suspects are still at large.”

Kinana said a case of murder had been opened, and an investigation is underway.

The devastated family and friends of Petrus said they couldn’t understand why anyone would do this to him.

He was laid to rest earlier this week

PETRUS REMEMBERED FOR HIS CARING PERSONALITY

Petrus will be remembered for his excellent sense of humor and caring personality. Petrus loved photography and animals.

“On a good day, you could see the pure mischief dancing in his eyes.”

He grew up in East London.

Petrus leaves behind a daughter and son.

DO YOU HAVE INFORMATION THAT CAN ASSIST POLICE?

Police appeal to anyone that can assist with the information that can lead to the arrest of the suspect to please contact the Gonubie Station Commander Lt Col Mdyogolo on 0823017919 or Crime Stop 0860010111.