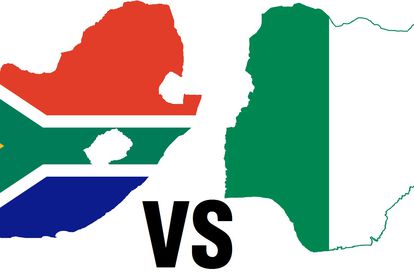 IT may have been a long time coming, but Nigeria has finally managed to overtake South Africa as the continent’s biggest economy.

The announcement followed a routine “rebasing” exercise in accountancy in the country’s Gross Domestic Product (GDP). What has been revealed is the fact that the west African country is indeed the economic powerhouse that many analysts have been predicting it would turn out to be. This leaves South Africa, traditionally considered Africa’s economic backbone, in a difficult position, as investors appear to be shying away from an increasingly-overregulated Mzansi.

Since Nigeria had not reassessed its GDP since 1990, the change in the country’s economic evaluation may not come as such a surprise, with many key sectors of industry (such as telecommunications and information technology) being next-to-nonexistent 23 years ago. Equally, the continuously growing oil industry as well as Nigeria’s vastly successful film business, dubbed ‘Nollywood’, have both skyrocketed in the past quarter of a century as part of the country’s diversified economic portfolio.

With a newly evaluated GDP of nearly $510 billion (according to the Nigerian Statistics Office), South Africa and her $384 billion GDP net-worth seem to have a lot of catching-up to do, especially at a stagnant growth rate of 2 per cent, which compares unfavourably to nearly 7 per cent annual growth in Nigeria since 2005. These statistics now place Nigeria as the world’s 26th largest economy – a position previously enjoyed by Argentina.

With three-and-a-half times South Africa’s population, Nigeria has over 170 million people to feed, leading to some major underperformance on account of the low levels of individual spending patterns in Nigeria, as the Per Capita Income in the country is too low to compete comparatively with SA. While poverty continues to be on the South African agenda as well, most Nigerians find themselves living on less than $2 a day. Having Africa’s largest population, Nigeria also faces numerous social challenges to overcome from corruption scandals to Islamic extremism.

While the new information on Nigeria’s economy may not directly influence the 85 per cent of Nigerians, who are forced to survive living below the breadline, it might give international aid agencies more insights into best-applied strategies aimed at helping the developing country move forward at a better pace.

All things taken into consideration, the statistics emerging from Nigeria really come as a mixed review for South Africans, as SA is struggling to keep afloat. However, it should be read as hopeful news that the African continent is growing at an encouraging pace. At this rate, the 21st century might finally see Africa break independent from its history – not just politically but also economically.