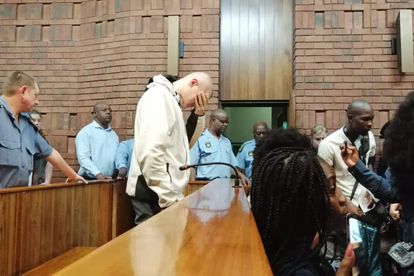 Nicholas Ninow, the 20-year-old man accused of raping a seven-year-old girl at a Pretoria Dros restaurant, has been found “legally sane” by the courts. This means that he can now be held accountable for his supposed actions.

#NicholasNinow The report from the mental evaluation state that Ninow is fit to stand trial. The case is postponed to 5 March 2019

Ninow has been released from a 30-day stay at Weskoppies Psychiatric Hospital in Gauteng. While there, a team of psychologists and psychiatrists evaluated his mental state both at the time of the crime and in “the here and now”. They have found him to be mentally competent, and he will return to the dock on Tuesday 5 March.

After making six previous public appearances in the Pretoria Regional Court, Nicholas Ninow’s defence team have managed to push his trial back several times. However, they’ve somewhat run out of road here, and official proceedings will get underway next month.

History of the Dros rape case

Last September, South Africans were left horrified by the news that the young girl had been violated by the alleged rapist. That shock was amplified when a video went on social media, showing the aftermath of his apparent crime. Covered in blood and completely naked, Ninow told a baying mob that he had not done anything wrong.

The case is infamous for rules related to the naming of the suspect. As his crime was of a sexual nature and committed against a child, this threw up a number of legal stumbling blocks. Ninow also went into a shutdown and did not offer a formal defence or explanation of what went on that evening.

Given all these factors – and the fact he had not made a plea in court – reporting restrcitions meant that he could no initially be named. Back in November, these restrictions were lifted by the NPA.