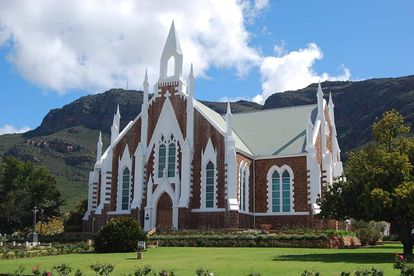 The fiercely conservative Dutch Reformed Church, better known as the NG (Nederduitse Gereformeerde) Kerk, is standing firm on its decision regarding same-sex marriages.

The NG Kerk forms the religious foundation for most Afrikaners. The church, and its stringent value system, has long been regarded as a vital cultural beacon for Afrikaans speaking South Africans.

It should come as no surprise, then, that the conservative values adhered to by the God-fearing organisation extend to the religiously contentious issue of same-sex marriages.

NG Kerk backtracks on its 2015 decision

What is surprising is that in 2015, the church decided to allow independent counsels to recognise same-sex marriages, and scrapped its celibacy rule which applied to gay men.

But that progressive policy didn’t last long. In 2016, surely spurned on by disgruntled congregants who view homosexuality as a sin, the NG Kerk decided to backtrack on its allowance for same-sex unions.

This decision to not recognise same-sex marriages has resulted in a backlash, which now sees the matter being argued before the courts.

Is the NG Kerk’s position on same-sex marriages unconstitutional?

As reported by News24, Reverend Laurie Gaum, his father Dr Frits Gaum and eight other members of the NG Kerk launched a High Court application to have the 2016 decision set aside and declared unconstitutional.

Advocate Schalk Burger, who is representing the NG Kerk, argues that the church’s decision is not discriminatory, and furthermore, does not prevent same-sex couples from entering into civil unions.

In simple terms, Burger said that the church is only acting within its rights to prohibit the NG Kerk from marrying same-sex couples – they are not stopping anybody from marrying anywhere else.

Celibacy clause the most controversial

The North Gauteng High Court is still deliberating on the legal matter of constitutionality. Burger maintains that the Constitution of South Africa allows for the NG Kerk to enforce its own mandate, saying:

“I would like to submit that there is no unfair discrimination. As I understand the Constitution there is room for the church to follow its own doctrine.”

But advocate Jeremy Gauntlet, SC, representing Gaum and associates, says the NG Kerk is at fault, and that its policy on same-sex marriages is, in fact, discriminatory, hurtful and unconstitutional.

Gauntlet pointed out the celibacy clause as the main issue of contention, saying:

“If celibacy is the virtue of morality, then they would tell everyone in the church to be celibate. If it holds good for race, holds good for gender then it should hold good for sexual orientation.”