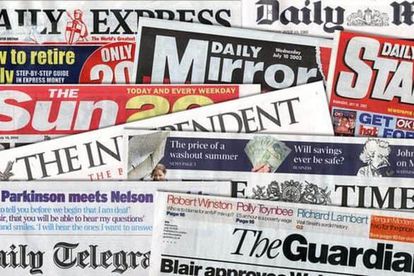 Many of us were huddled next to a television at 21:00 last night, expecting to claim this as a ‘where were you when…’ moment. But rather than seeing Robert Mugabe resign, TV audiences were treated to one last act of defiance.

It had been widely believed that the President – sacked and recalled by his own party, Zanu PF – would face the music and step aside, completing a bloodless transition of power that would paint Zimbabwe in a most favourable light.

Instead, the stubborn old git dug his heels in. In hindsight, our shock shouldn’t be so great: An unpleasant person making an unpleasant decision isn’t a massive revelation. But because he has no other avenue to go down, the whole thing is baffling.

If you were left bemused by Barmy Bob, don’t worry. You had company:

We start in the UK, where two of the biggest national newspapers made the Mugabe ‘decision’ their leading story. The Guardian wrote about the chaos and uncertainty his failure to resign would cause, whereas The Telegraph bemoaned his ‘defiant’ behaviour.

How the world reacted to rebel Robert Mugabe 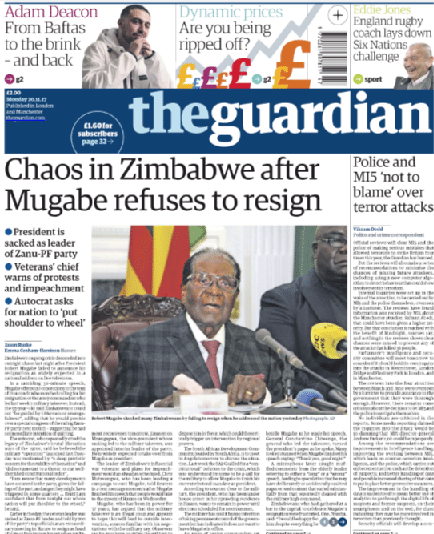 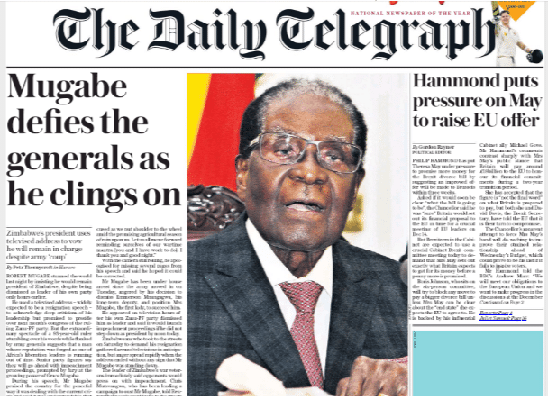 Meanwhile, The Daily Express chose to focus on Grace Mugabe: According to them, the military are still keeping Gucci Grace under lock and key.

Grace Mugabe ‘out of the picture’ as military reveal they are holding dictator’s wife https://t.co/HdNEZ1z7tT pic.twitter.com/ICrpUjkOjr

America also waited with baited breath. Both The Wall Street Journal and New York Times conveyed the shock and confusion that has gripped the world watching on. Canadian media also put Mugabe in the spotlight.

Take an early look at the front page of The Wall Street Journal https://t.co/5xQPDPcm8q pic.twitter.com/4Z5oWVM03i

Robert Mugabe stunned Zimbabwe with a speech in which he refused to say whether he would resign https://t.co/d28OpofxlP 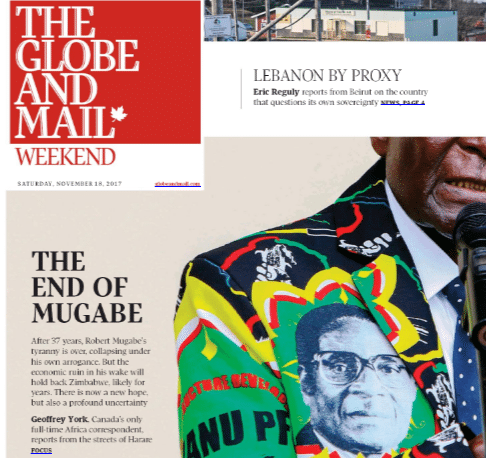 Both Indian and Kenyan news ran with the despot’s last stand, too:

Of course, the story has received mass coverage here in South Africa. Mugabe is splashed across almost every front page. The Sowetan dismissed his defiance, and demanded that the end is still nigh for Bob. Business Day lambasted the leader, labelling his refusal as ‘shocking’. 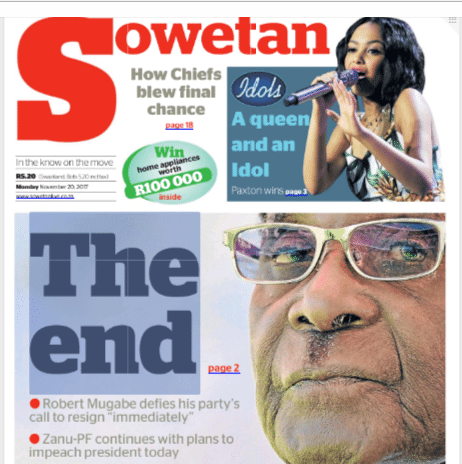