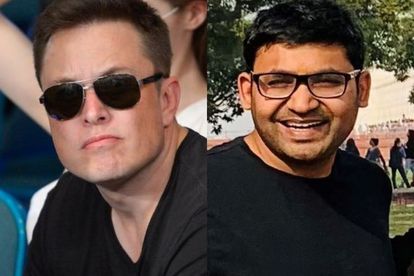 Elon Musk has taken the fight to Twitter CEO Parag Agrawal over the future ownership of the company. Photos: Twitter

Elon Musk has taken the fight to Twitter CEO Parag Agrawal over the future ownership of the company. Photos: Twitter

Elon Musk’s unrelenting spirit to get what he wants has translated through to his Twitter takeover, which has been speculated to be finalised relatively swiftly. Sources who have spoken to various news agencies that are close to the deal believe Musk could emerge victorious on Monday.

Both Twitter and Musk were contacted for comment however, had not responded to enquiries at the time of publishing.

Musk offered $54.20 a share, which values the social media firm at $43.4 billion, in a filing dated Wednesday, 13 April with the Securities and Exchange Commission. He has stated his intention behind the potential purchase was that Twitter had to become privatised in order to be a legitimate platform for free speech.

According to Reuters, Twitter shareholders are to be engaged and potentially recommended to accept the R853.84 ($54.20)-per-share deal for the company later on Monday.

The chief executive of SpaceX and Tesla met Twitter’s 11-member on Sunday after he confirmed that he had received funding commitments to finance his R677 billion ($43 billion) bid to buy the microblogging application.

Both The Guardian and Wall Street Journal reported that the decision for negotiations to commence came as the result of considerable pressure from Twitter shareholders.

Musk is one of Twitter’s most-watched personalities, often tweeting out memes and “shower thoughts” to his more than 80 million followers.

Shares in the social media platform are experiencing a boon of between 4.5% to 5% on Monday while negotiations continue to forge ahead.

The social media platform’s total market value sits at about $38 billion which is dwarfed in comparison to the South African-born billionaire. Musk sits with a staggering net worth of $268.4 billion or on a localised level, about R4.2 trillion, atop the world’s wealthiest list as monitored by Forbes.