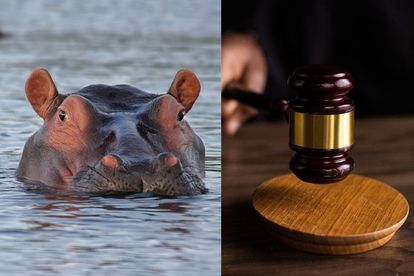 77-year-old white farmer Paul Hendriks is out on bail after shooting at a black couple he thought were hippos. .Photos: Pexels

77-year-old white farmer Paul Hendriks is out on bail after shooting at a black couple he thought were hippos. .Photos: Pexels

The 77-year-old white farmer arrested for attempted murder after he shot at a group of black fisherpeople on Tuesday, 26 April 2022 in Lephalale, Limpopo is out on bail. He appeared in the Lephalale Magistrate’s Court today.

BAIL FOR THE WHITE FARMER

“He was released on R1 000 bail and his case was postponed to 18 May for further police investigations. This arrest comes after allegations that the suspect fired shots in the direction of a couple that was fishing along Mogol River next to Rietspruit Plot number 2, at around 14:00,”

Seabi said during the incident, a 38-year old woman sustained a gun wound while her partner managed to hide.

“He immediately informed the police and emergency services. The woman was taken to the hospital for treatment and a police investigation ensued. The arrested suspect alleged that he was shooting at animals that he thought were hippopotamuses,”

Police seized two rifles, one revolver, one pistol and two airguns during the arrest of the farmer.

READ MORE: Limpopo farmer shoots black couple after he ‘mistook’ them for hippos