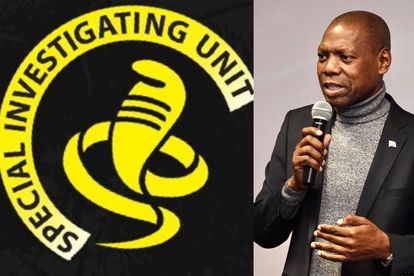 The Digital Vibes saga continues as the SIU add more to their civil litigation to regain R150 million. Many suspects have ties to former health minister Zweli Mkhize. Photo: Twitter/Flickr

The Digital Vibes saga continues as the SIU add more to their civil litigation to regain R150 million. Many suspects have ties to former health minister Zweli Mkhize. Photo: Twitter/Flickr

The Special Investigating Unit (SIU) won the battle to add more companies to its Digital Vibes case. However, the war was far from over as the legal challenge to recover the siphoned R150 million from the government’s tender with the besmirched company rages on.

Judge Lebogang Modiba from the Special Tribunal delivered the verdict on Wednesday that the new mix of five individuals and entities were each deserving of a seat in the spotlight of the Digital Vibes civil litigation.

Kganyago says Sithokozile Mkhize is Dedani Mkhize’s wife, who along with the four companies allegedly received over R5 million from Digital Vibes.

“The Department of Health made payments to Digital Vibes in the amount of R150 002 607.80 comprising of R25 022 534 paid in respect of the National Health Insurance contract and R124 980 073 in respect of the Covid-19 contract. They have no right to retain any proceeds of the tender contract,”

The SIU initially hoped to include six additional individuals and entities but were satisfied with the five for now.

Parliament ruled that the former minister of health did not contravene its Code of Ethics and closed the complaint against the politician whose reputation was left in tatters after the Digital Vibes scandal broke in 2021.

The Committee also said Mjhize cannot be held liable for his son Dedani Mkhize benefitting from the Digital Vibes contract, adding that Zweli Mkhize himself did not personally benefit from the dodgy deal…READ MORE