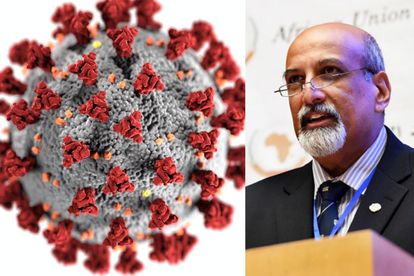 Confirmed Covid-19 cases in South Africa have continued to climb in the thousands this week leaving many with questions about the fifth wave. What would it look like? How would we know and what variant?

OVER 10 000 CONFIRMED CASES IN THREE DAYS

According to the National Institute For Communicable Diseases (NICD), there have been 13 388 new Covid-19 cases between Monday and Wednesday as well as 48 deaths.

The latest data also revealed that 57 668 tests were conducted during the same time period.

“The 7-day moving average of cases has just passed the threshold that I use for defining the start and end of a wave. Ie. 5 cases per 100 000 as a daily average. Also, test positivity has shot up to well above 10%. Ie. The other criteria used to define the start of a wave are also being met. As a result, the current trends in cases in South Africa are shown in data as the fifth Covid-19 wave,”

Abdool Karim previously predicted the fifth Covid-19 wave would begin in the early days of May.

“I know that it is still April but my previous predictions were based on the inter-wave period of about 13 weeks. The current increase is occurring about 11 weeks following the end of the 4th wave. But the current increase is not all that it seems at first glance as there is a high level of uncertainty as to what exactly is driving the current surge in cases in South Africa,”

ALSO READ: Covid-19 lockdown over but fifth wave in May with new variant

THE FIFTH COVID-19 WAVE WILL HAVE NEW CAUSES

Abdool Karim previously explained that a new wave would likely need to be driven by a new variant with greater transmissibility and immune escape.

This new Covid-19 variant would be named PI as it is the next letter in the Greek alphabet and follows suit with the World Health Organisation’s pattern.

Is there something new driving the new wave?

The internationally renowned scientist says It is too soon to give definitive answers but there are several clues that can help us get closer to an answer.

Abdool Karim said this meant we know that omicron sub-variants can lead to short-term increases in cases.

“Since the January uptick in cases by BA.2, this Covid-19 sub-variant quickly became the dominant variant most likely due to its higher transmissibility which has not been proven yet but has been estimated through modelling. But BA.2 did not have sufficient escape from the immunity gained from the BA.1 sub-variant,”

THE DOMINANCE OF SUB-VARIANTS OF OMICRON

“Omicron BA.1 was dominant in December but by February omicron BA.2 had taken over as the dominant circulating sub-variant and by April, BA.4 and BA.5 are on their way to becoming dominant, reducing BA.2 to about half of the circulating Covid-19 viruses,”

BA.1 has been almost entirely squeezed out in April about three months after it caused a massive wave in the country and most of the world.

“So, the current increase could be a second short uptick in cases due to omicron sub-variants BA.4 and BA.5. This could be due to the uncommon overlap of Easter, Ramadan and Passover. Personally, I am aware of two Easter weekend weddings this year where most of the guests became infected. So there is a chance this increase in cases could be related to gatherings being held with few public health measures and it could be short-lived,”

Alternatively, it could indicate the start of a sustained increase creating the fifth Covid-19 wave due to omicron BA.4 or BA.5 or both.

The professor says several indicators increase the likelihood of this being the case.

He says should the current rise in cases actually be the start of the fifth Covid-19 wave it will likely be confirmed next week.

“If the cases continue to rise rapidly, then we will have over 10 000 Covid-19 cases daily in a week’s time and we will be more confident that we are in the 5th wave. If cases hover around their current levels and the exponential increase has not occurred, then we dodged a bullet and it was a short-lived uptick,”

Generations: The Legacy teasers in December 2022