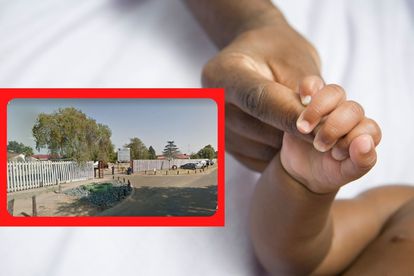 A newborn baby boy was found abandoned wrapped in a blanket next to the fence of the Caroline hospital in Mpumalanga. Police have launched a manhunt for the mother of the baby.

THE NEWBORN BABY BOY WAS FOUND IN THE EVENING

According to the police spokesperson Brigadier Selvy Mohlala, the baby was found on Friday, 20 May 2022, at around 19:30.

“It is alleged that the security officer at Carolina Hospital posted to work at the gate was called by a passerby, alerting the guard about a baby boy who was left without care behind an electricity transformer next to the fence of the hospital.”

Mohlala furthermore said the baby, weighing2.490 kg, was found clothed in a vest, and trousers wrapped up with a blanket.

POLICE ARE SEARCHING FOR HIS MOTHER

“The baby was then taken inside the hospital for medical care and was immediately attended to by the staff. A case of child neglect was opened hence the manhunt for the child’s mother.”

The preliminary investigation so far suggests his mother could have given birth to him at a nearby hospital as the records at the said hospital do not have information of childbirth recently, which could be linked to this incident.

Be as it may, police urge anyone who might have any information regarding this incident to contact the Investigation Officer, Detective Sergeant Mmeli Nkosi of Elukwatini Family Violence, Child Protection and Sexual Offences Unit (FCS) on 0711770927. Alternatively members of the public can call the Crime Stop number at 08600 10111 or send information via MYSAPSAPP. All received information will be treated as confidential and callers may opt to remain anonymous.

DO YOU KNOW THE MOTHER?

The Provincial Commissioner of the SAPS in Mpumalanga, Lieutenant General Semakaleng Daphney Manamela, has strongly condemned the incident.

Manamela has urged members of the public to make use of available social services, especially when they come across challenges with regard to maintaining their children.

“The government has put in place a system to support women or mothers so that they properly raise their children. Bearing in mind the socio-economic challenges that women face on a daily basis, however, that does not permit them to neglect or abandon their children.

“Therefore, the law will have to take its course on this one because police are there to protect the vulnerable and, in this case, the baby,” said Manamela.

ALSO READ: Newborn baby SURVIVES after she was DUMPED on R712

“Abandonment of infants in South Africa is, unfortunately, a common occurrence.

“Many of these children are left to die, or simply abandoned, in dustbins, open fields, public toilets, or on train tracks,” The Door of Hope organisation said.

The organisation knew that something needed to be done

“In 1999 the Berea Baptist Mission Church said, “something needs to be done”. Under the leadership of Pastor Cheryl Allen, the church made a hole in their wall and a ‘Baby Box’ was installed allowing for mothers to leave their babies any time day or night for the church to take care of them,” the organisation said.