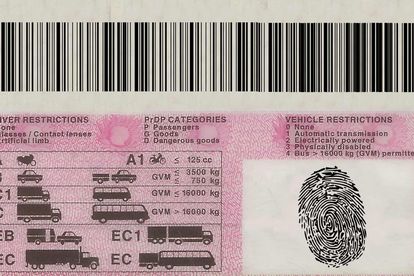 South Africans will soon be able to apply for a new electronic or mobile driving licence card as well as a physical plastic one Minister of Transport Fikile Mbalula revealed this week.

Mbalula’s plans for the introduction of the new cards was revealed in the Drivers Licence Card Account Annual Performance Plan (DLCA) 2020/21. The DLCA is a division that falls under the Department of Transport (DOT).

“It is envisaged that a new durable driving licence card with improved security features will be introduced by the end of the financial year,” the plan noted.

“The emergence of the fourth industrial revolution presents both challenges and opportunity for DLCA. There are opportunities for the DLCA to adopt newer technologies to support the DLCA service delivery initiatives,” the plan said.

“The advent of self-driving cars and other alternative transport initiatives such as on-demand ride service may impact on the demand of driving licence cards. There is definitely a need for DLCA to adopt new techniques and business models that will fundamentally transform the production process, government decisions, industry and society at large.”

According to the 2020/21 plan the modernisation of the driving licence card production system will have the following benefits, enabling the DLCA to:

Earlier plans in 2016/17 that were initiated to start with the introduction of the new card system were delayed when there was a change in the transport ministry.