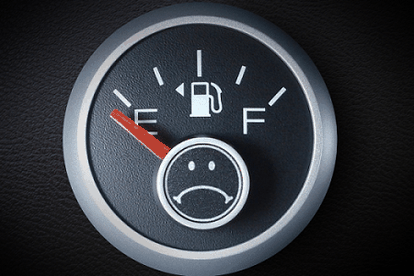 The Road Accident Benefit Scheme (RABS) bill, which is due to replace the embattled Road Accident Fund (RAF), has the propensity to rocket petrol prices to unprecedented highs.

South African motorist have long begrudged the fuel levies imposed at the pumps, especially that 12% going towards the bankrupt and broken RAF.

But while most South Africans bemoan the RAF and its costly incompetence; something far more devastating is looming behind the shadows of parliamentary procedure.

The RABS bill has managed to sneak in through the back door, courtesy of the Parliament’s Portfolio Committee on transport, headed by Dikeledi Magadzi.

While public hearings concerning the convoluted bill are still underway – on Wednesday the committee was in Kimberley – Magadzi has confirmed the urgency to finalise the bill by the first week of October.

As reported by IOL, Magadzi said they would ­finalise the public hearings next week and then start processing the bill in Parliament. In response to objections and written submissions relating to the proposed bill, Magadzi said:

“After we finalise the public hearings process, we will look at all the submissions, especially the critical submissions that should be infused into the bill. Remember, we had lawyers and doctors making the submissions. We will look at everything and write a report to Parliament and say whether the bill should go to the National Council of Provinces for concurrence.”

The Association for the Protection of Road Accident Victims (APRAV) is firmly opposed to the scrapping of the RAF, despite noting its shortcomings.

APRAV notes that the implementation of RABS will spell disaster for the South African economy, and has the probability of costing the taxpayer far more than the RAF ever has.

Why is RABS facing opposition?

Here are the fundamental proposals under the new RABS bill:

According to Business Tech, who interviewed Kirstie Haslam of DSC Attorneys, fuel levies are expected to skyrocket by 75% as the ‘no-fault’ system hugely increases the number of national pay-outs.

Speaking on the issue of RABS and its effect on fuel levies, Haslam said:

“Other than the dire affect the bill will have on accident victims claims, the failure to highlight the anticipated and unavoidable increase in the fuel levy to the public in order to meet the funding requirements for RABS is especially disturbing, considering the latest outcry about the price of fuel and the fuel levy itself.”

According to Haslam, the integration period will be most costly – this will be when both the RAF and RABS work side-by-side for the first eight years.

Haslam maintains that the fuel levy increase of 75% is a conservative estimate and that, in fact, fuel prices may skyrocket even higher, saying:

“This has not been explained to the public to date and may very well influence their attitude to the RABS bill as it is being sold to them. The focus should be on fixing the current system as opposed to implementing something which is unknown, costly and inequitable – it is going to cost significantly more and most claimants will receive significantly less.”

While Haslam recognises the flaws in the current RAF system, she defends fixing the problem as opposed to replacing it with another defected scheme, noting the negative effect this would have on the average South African consumer, saying:

“I think there’s a limit to what can reasonably be expected from consumers and we have already seen how there have been recent strident calls for a reduction in the fuel price.”