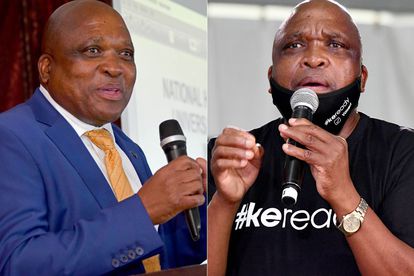 Minister of Health Joe Phaahla says the National Health Insurance will be introduced in a phased approach. Photo: GCIS / Flickr

Minister of Health Joe Phaahla says the National Health Insurance will be introduced in a phased approach. Photo: GCIS / Flickr

Minister of Health Joe Phaahla says the country’s new National Health Insurance (NHI) will be introduced in several stages, not just at once.

Phaahla reiterated the importance of a phased introduction

While responding to a written Parliamentary Q&A, Phaahla stated that the stage-by-stage introduction is necessary. This is due to the magnitude of reforms the new system will introduce.

A programmatic approach is needed based on the financial resources that are available. Speaking about the first phase of the implementation of the NHI, Phaahla said:

What is the Insurance’s starting point?

In terms of the starting point, Phaahla revealed that the current status, as well as the availability of resources and capacity, are just a starting point for the NHI.

“The resources available for the establishment of the reformed health system, where providers are paid by the fund, are the current resources of the entire public and private health sectors. This includes all health establishments, personnel and technologies currently in use.

“The capacity to roll out the reforms described in the NHI Bill starts with the commitment and stewardship of parliament to improving the health system for all. The leadership will be provided by the National Department of Health. To this end, the minister of Public Service and Administration has approved a special transitional NHI Branch in the Department of Health to serve as the incubator for the Schedule 3A entity,”

said the Minister of Health.

BusinessTech reports that the new posts will be financed through funds that have been earmarked from Treasury, at the beginning.

ALSO READ: NHI fears: SA could face a shortage of doctors due to controversial bill