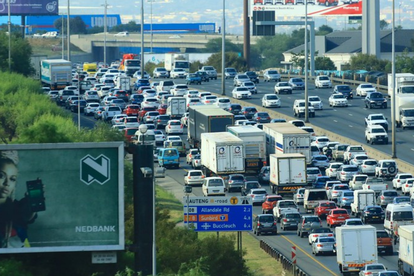 The two new centres, which are within 30km of each other, mean fewer queues in you live between Midrand and Centurion. The government’s Road Traffic Management Corporation (RTM) announced the exciting opening of the driving licence testing centres on Tuesday 5 October.

The new centres will be officially opened on Thursday 7 October.

“To alleviate the public’s frustration with the renewal of driving licences, the Minister of Transport, Fikile Mbalula will on Thursday, 07 October 2021 officially open two driving licence centers in Gauteng,” RTM said.

RTM revealed that the new hubs in Gauteng will be stationed in Waterfall Park, Midrand, and Eco Park, Centurion.

“We are opening two Driving Licence Testing Centres operated at the Waterfall Park in Midrand and Eco Park in Centurion,” RTM added.

The hubs will offer key services such as renewals, professional driving permits, and the conversion of foreign licences.

“The two centers at (RTMC) premises at Eco-Park, Centurion and Waterfall Office Park in Midrand will allow the public to:

The centres will operate in times that should put smiles on the faces of Gauteng drivers and the hubs will be running every single day of the week.

Additionally, the spots will be delivering service from as early as 07:00 to the late hour of 21:00.

Meanwhile, South Africa has a new structure of driving rules. The AARTO system, which works with performance points, could result in licence card cancellations. The project started on a smaller scale with phase 1 in July 2021, before RTIA confirmed there has been enough progress to launch a national rollout of the system called phase 2 on Friday 01 October.