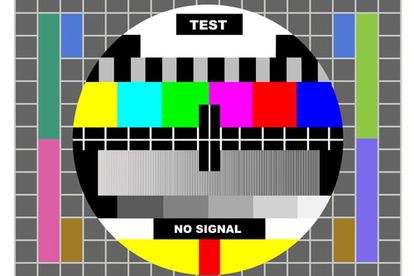 On the same day Communications Minister Faith Muthambi congratulated the South African television industry for marking its 40th year of “educating, informing and entertaining the public”, Netflix chief executive, Reed Hastings, announced the official South African Netflix service is to start at USD $7.99 (R126.59 depending on the exchange rate).

Hastings told the 2016 Consumer Electronics Show in Las Vegas on Wednesday that more than 130 countries, including South Africa, now officially have access to the video-on-demand service Netflix.

IT News Africa reports Netflix had been largely unavailable to the continent of Africa as well as Asia; however, this announcement introduces major changes with the aim to bring large parts of Africa and eventually China into the fold.

State television was followed by the establishment of independent Mnet in 1986, and etv – the first commercial free-to-air channel – in 1998.

Minister Muthambi said in a statement that after 40 years, the SABC is still the medium of choice for many South African citizens, with its TV channels and radio stations reaching millions of viewers and listeners every day.

“The Ministry of Communications  is also pleased that progress  has  been made  in transforming the country’s broadcasting industry, resulting in  black people also owning and managing broadcasting assets.

“A key development has been the flourishing of diverse community television stations, reaching millions of South Africans each day,” said the Ministry.

SAnews.gov.za reports the installation of the first government subsidised digital set-top-box that kicked-off the Broadcasting Digital Migration programme in the Northern Cape last year will further add new dimensions of opportunities in the broadcasting field. The Department of Communications, together with the Independent Communications Authority of South Africa (ICASA), will continue to create an environment that encourages the entry and creativity of new entrants to the broadcasting environment.

The South African Netflix website went live on Wednesday. According to the portal consumers will not be charged until after their free trial of three months ends.