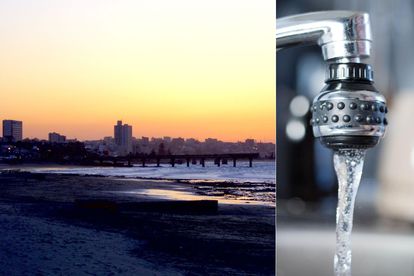 Residents in Nelson Mandela Bay have been facing issues with water supply and now 10 708 households will face restrictions on their supply. Photo: Helgoland01 / Flickr and Stock Image / Pixabay

Residents in Nelson Mandela Bay have been facing issues with water supply and now 10 708 households will face restrictions on their supply. Photo: Helgoland01 / Flickr and Stock Image / Pixabay

Authorities in Nelson Mandela Bay revealed that they have identified 10 708 households in the metro that will have water restrictions imposed on them.

Water-wasting households will have restrictions placed on them

The metro is currently battling with taps running dry and these ‘water wasting households’ will be restricted on how much water they can use. The Municipality and the Department of Water and Sanitation (DWS) are intensifying attempts to reduce water consumption and repair leaks in the area.

DWS revealed that 5 589 water leaks have been identified. Of this, 4 124 leaks have been repaired. Director-General of DWS Dr Sean Philips stated that it is impossible to achieve zero leaks in the metro as the water infrastructure is ageing.

Residents are urged to reduce their consumption by at least 20%

DWS has encouraged residents to ensure that they are reducing their daily consumption of water by at least 20%. This 20% will make sure that there is sufficient water supply for everyone and avoid interruptions in the supply.

The advisable restriction that has been noted is 50 litres of water per day per person, reports TimesLIVE.

Day Zero: Rain at LAST for Nelson Mandela Bay! But is it enough?

Previously, it was reported that an air of hope would have filled residents who watched as heavy rain fell over the catchment areas of drought-stricken Nelson Mandela Bay in June. That is until the grim reality that the sporadic rain was not confined to the drainage basin of the region.

Instead, the showers shifted more towards and settled over the Indian Ocean. Expectedly, this took the wind out of the sails of many. Earlier, the SA Weather Service (Saws) issued a yellow level 2 warning for a chance of rain across the province.

The weather authority predicted heavy downpours along the coast and adjacent interior between Storms River and Port Alfred. And so, despite the decent rain, Saws said it would not be enough to delay Nelson Mandela Bay’s Day Zero. Read the full story here.