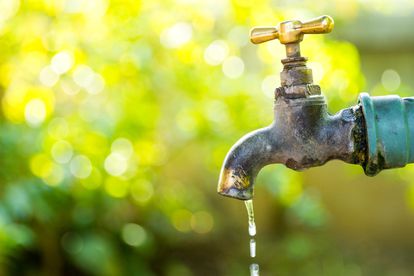 The water crisis in Nelson Mandela Bay is so dire that taps are expected to run dry from 1 July.

With no clear indication of rain in the near future it is estimated that various areas in Nelson Mandela Bay will run dry as water levels drop too low to extract water.

“Roughly half of the water consumed in the Metro comes from our dams, and should we no longer be able to extract water from the dams, certain areas across the Metro will experience major water disruptions,” said Bhanga.

If consumption is not cut to 250 mega litres per day, “Day Zero” for areas such as Kwanobuhle and St. Albans will be as soon as July.

With the current trajectory of water usage the following projected timelines of dams running dry will be;

Bhanga added that critical water projects grinded to a halt two years ago during the previous ANC-led metro.

“It was therefore with shock and dismay that, when we returned to govern the Metro in December last year, we discovered that the previous ANC-led coalition of corruption had let critical water projects grind to a halt over the past two years. Even when they were given conditional grants by national government for drought mitigation measures, totalling R183 million, they failed to spend it and national treasury took it back!”

The poor state of the Metro’s bulk infrastructure is a contributing factor to ‘Day Zero’. Bhanga said the municipality is prioritising the repair and maintenance thereof.

“This is no small task, as resources are limited, but we understand exactly how critical it is that we address these issues.”

WATER LEAKS BEING FIXED ACROSS THE METRO

Bhanga added that one of the municipality’s top priorities are addressing the multitude of leaks across the Metro.