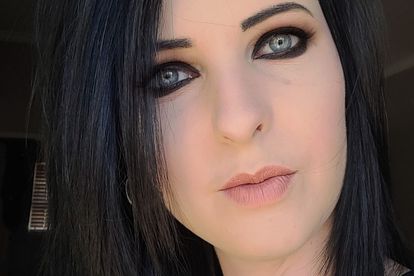 The neighbour of the 27-year-old mother who was brutally murder in her home in Trichardt have come forward with an eyewitness account of what happened.

Angelique Fourie, was brutally attacked and murdered in front of her three-year-old daughter on Sunday evening.

And the worst part is… her ex-boyfriend and father of her child have been arrested after he handed himself over to the police.

SO WHAT LED UP TO THE BRUTAL MURDER?

According to police spokesperson Sergeant Valencia Koma, police received a complaint from the Cosmos ridge Terranova complex in Trichardt.

On arrival on Sunday at about 23:00, police found the house locked and there was smoke coming out from the window.

She said they found an injured neighbour in an ambulance who explained that he was having coffee with Angelique at her house when her ex-boyfriend arrived. He was aggressive and started to fight with them.

The neighbour managed to escape to go and call for help.

HERE IS WHAT POLICE FOUND ON THE SCENE

“Police forced opened the door together with the firefighters, and inside the house, they found burning dustbin in the kitchen, there was blood on the floor.

“They checked around the house, and they found a woman lying in the pool of blood in the bathroom. She had a wound on the neck,” said Koma.

She said paramedics attended to the woman, but she was declared dead on the scene.

Koma said neither the ex-boyfriend nor the three-year-old daughter was found at the house. It was later established that he had dropped off his daughter at his sister’s house before he left without saying where he was going.

A search party was launched by Angelique’s family, who called in the assistance of a private investigator.

On Tuesday morning, the man handed himself over to the police. He was charged with the murder of his ex-girlfriend, Angelique.

DO YOU HAVE MORE INFORMATION ON THE CASE?

Anyone with information that might assist in this case is requested to contact Detective Sergeant Thembela Agreemore Sindane on 082 465 2364.

According to reports, Angelique and her ex-boyfriend were high school sweethearts who broke up just over a year ago.

Angelique’s father, Awie Fourie, told the media that they were devastated.

ALSO READ: Alleged killers of Vicki Terblanche to apply for bail next month

He said Angelique’s three-year-old daughter told them she saw her mommy get hurt and that there was a lot of blood.

It is not yet clear when the accused man will appear in court.