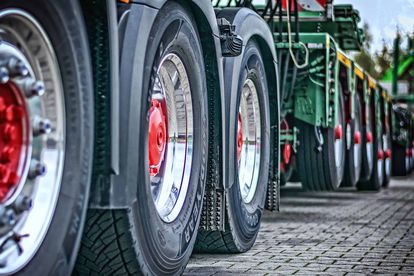 A nationwide truck strike has caused delays in traffic in South Africa’s major cities, on Monday. Call it a bad start to the week but the truck drivers believe that they are fighting for a cause bigger than making it to work on time.

The frustrations shared by those behind the nationwide truck strike have been festering for a while. Threats of disruptions to traffic on all major routes were made to Transport Minister, Blade Nzimande, as early as the Easter weekend, in April.

These frustrations, it seems, were centred around the overlooked skillsets of South African-born drivers. The rampant increase in foreign-born drivers taking over the trucking industry caused fears that locals were being booted out of the industry by cheaper labourers.

When Nzimande and stakeholders of the trucking industry, the All Truck Drivers Foundation and the National Truck Drivers Association, reached an agreement to hold off the strike in April to engage on recommended solutions that were detailed in a report that dealt with the grievances lodged by the drivers, all seemed well and forgotten.

However, fast-forward to Sunday, 1 September, and many motorists would come to learn that nothing became of the amnesty that was forged between government, industry stakeholders and the frustrated truck drivers.

Since the nationwide truck strike broke out in some parts of the country, on Sunday, there have been reports of blocked major roads, and even worse, trucks that were torched.

According to the information we have sourced online, these are the areas where torched trucks have been reported:

#TruckAttacks Three trucks have been torched on the R555 road near Steelpoort in Limpopo. Authorities are still establishing key facts around the torching of the trucks but believe a group of armed suspects were responsible. #sabcnews pic.twitter.com/fzsgh8kUK6

Stay away from these roads in the #Middelburg district #trafficalert https://t.co/kVCCvvd5e5

In Durban, law enforcement officials have made some headway in quelling the violent protests that are linked to the nationwide truck strike.

According to police spokesperson, Brigadier Jay Naicker, at least 20 suspects have been arrested in connection with the nationwide truck strike.

“Police operations have been intensified along major routes and known hotspots within the province and we are on high alert for those that are resorting to acts of criminality and claim to be protesting. We shall have no mercy for those that break the laws of this country,” KZN’s top cop, Lieutenant General Khombinkosi Jula warned.

So far, KZN police have arrested:

These are the routes possibly affected by truck protests

Although law enforcement officials have been dispatched to handle the protests that have broken out in South Africa’s major cities, these are the routes that are likely to be affected by the nationwide truck strike:

We will update this article with more information on affected routes as they surface.