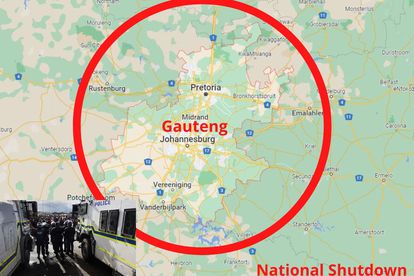 National Shutdown: Which roads, sites, and regions will be affected in Gauteng on Friday 10 June 2022. Photo: Supplied/GoogleMaps/Canva

National Shutdown: Which roads, sites, and regions will be affected in Gauteng on Friday 10 June 2022. Photo: Supplied/GoogleMaps/Canva

With the looming threats of a National Shutdown on Friday, we take a look at which roads, sites, and regions in Gauteng might be affected.

Meanwhile, the National Joint Operational and Intelligence Structure (NATJOINTS) confirmed it is aware of a potential National Shutdown on Friday, 10 June.