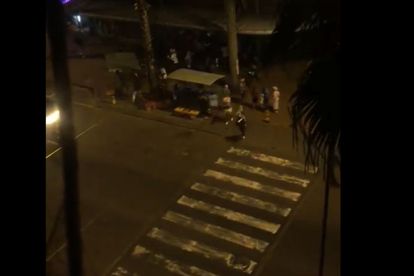 The National Joint Operational and Intelligence Structure (NATJOINTS) said no significant incidents, disruptions, looting or attacks took place across South Africa on Friday, 10 June, despite the proliferation of unsigned posters calling for a National Shutdown.

NATJOINTS announced that it was prepared to respond to the National Shutdown, which never materialised, in a statement on Thursday, 9 June.

The law enforcement structure said no major incidents took place.  However, there were localised disruptions.

Roads were blocked in KwaZulu-Natal and Mpumalanga, while looting on Thursday night at a shopping centre in Hammarsdale, KZN was averted after intervention by the police and taxi drivers.

“Where roads were blocked in Isipingo in Kwa-Zulu Natal with burning tyres and the R33 in Carolina, Mpumalanga by truck drivers, police moved swiftly to respond to clear these roads and ensure traffic flow.

“The NATJOINTS also thanks the local business and community who worked together last night with the police in dispersing a crowd that had gathered outside a shopping complex in Hammarsdale, Kwa-Zulu Natal,” said South African Police Service (SAPS) spokesperson Colonel Athlenda Mathe.

NATJOINTS said it was pleased that South Africans heeded its call to work with law enforcement to uphold and enforce the law and added that the patriotism displayed should be commended.

The law enforcement deployments across the country will continue with their operational plans.