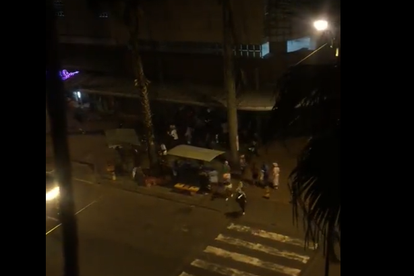 Looting has been reported in parts of KwaZulu-Natal (KZN) including the Durban CBD on the same day as the planned National Shutdown over fuel hikes.

On Thursday, the National Joint Operational and Intelligence Structure (NATJOINTS) said it is aware of unsigned messages and posters circulating on various social media platforms calling for a National Shutdown and that police are on high alert.

WATCH: LOOTING IN PARTS OF DURBAN

A number of organisations and unions have issued contradictory statements regarding the proposed shutdown. The South African National Taxi Council (SANTACO) has denied being involved in the planning of the national shutdown.

Some questioned whether this is a real shutdown or just social media activism, seeing that the hashtag trended for days since last week. Despite this, shops in the Durban CBD have reportedly been looted just hours after midnight on Friday, 10 June. The Junction Mall in Hammarsdale was also under threat of looting.

The National Joint Operational and Intelligence Structure (NATJOINTS) said it is aware of the unsigned messages and posters circulating on various social media platforms calling for a National Shutdown.

“Those behind the messages are warned and reminded that prohibiting people’s freedom of movement is a criminal offence. Members of the public are therefore cautioned against spreading such messages that seek to mobilise communities to respond to the shutdown.”

Bartmann said they have no direct confirmation that a national shutdown will happen, however, their are on standby with contingency plans to manage any unrest that may happen.

“We have the capacity to allocate additional staff to the JOC compliment to assist with risk analysis as well as to assist with recovery efforts through air and ground support, in conjunction with the SAPS. We have identified hotspot areas that will be monitored by our teams.”

ALSO READ: ‘This could lead to looting’: Nhlanhla Lux on National Shutdown