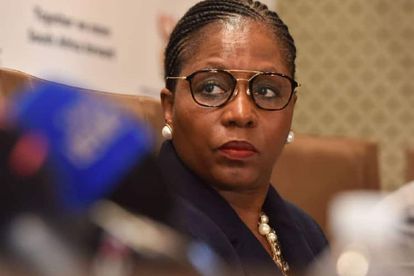 Public Service and Administration Minister, Ayanda Dlodlo has announced that lifestyle audits will be compulsory for all national and provincial departments, as from 1 April 2022.

LIFESTYLE AUDITS TO BE COMPULSORY

Dlodlo said corruption undermines democracy and the rule of law and leads to violations of human rights, distorted markets and an erosion of quality of life.

Dlodlo said the government has put several programmes in place for the purpose of eradicating corruption. Compulsory audits were reportedly introduced in April last year.

The Minister said by the end of January 2022, there were national and provincial departments that had reported to the Department of Public Service and Administration (DPSA) that they had either completed lifestyle audits or were still in the process.

“Lifestyle audits will not only probe unexplained wealth, but they will also detect conflicts of interests that have an impact on the productivity of public service employees and on service delivery. Thus, although lifestyle audits are a mechanism or tool to address corruption, in its essence, it is aimed at restoring ethics to be at the centre of the public service.

“It is for this reason that the public service embarked on a process to implement lifestyle audits for national and provincial employees, and to do it within an ethics management framework.”

The Minister also said if a public service employee is involved in criminal conduct, he or she must know that sooner or later, they will be detected through the audit process and steps will be taken against them.

“We cannot professionalise the public service, improve service delivery or have economic growth if we condone unethical conduct and ignore corrupt behaviour.”