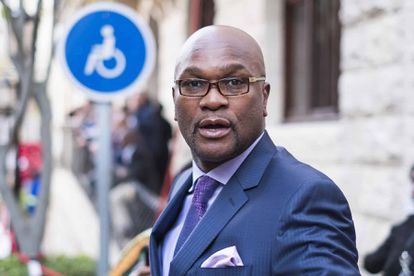 An independent forensic investigation into the usage of relief funds to help artists during lockdown has found a number of irregularities that took place.

More than half (55%) of the approved artists had not been allocated funding and more beneficiaries were approved than there was funding allocated.

“There are people who got money who were not supposed to get it, but money has not disappeared. All the money has been accounted for but we are dealing with the inappropriate benefiting of funds,” said Minister of Arts and Culture Nathi Mthethwa during a media briefing on 27 September.

MTHETHWA EXPLAINS WHAT THE FUNDS WERE MEANT FOR

He said that the Department of Sports, Arts, and Culture (DSAC) entered into a Memorandum of Agreement (MOA) with the National Arts Council (NAC) for the delivery of the Presidential Economic Stimulus Programme (PESP) in October 2020.

The value of the project was R300 million, with five percent being retained by the National Arts Council for administration purposes and with R285 million set aside for project funding, broken down as follows:

FINDINGS BY THE FORENSIC AUDITORS

In addition, the auditors found multiple governance and financial mismanagement actions relating to the use of the funds that included the following:

• Non-compliance with Section 57(c) of the PFMA, in respect of ensuring adherence

to the system of internal control and financial management;

• Failure to take effective and appropriate steps to prevent irregularities in the adjudication process, including irregular spending.

READ: NAC funding exposé: What did Arthur Mafokate’s ex spend her R2m on?

WHAT LED TO THE INVESTIGATION?

The investigation was launched on 29 July 2021 following multiple claims of mismanagement of the PESP and complaints from artists which led to the appointment of an international audit, tax, and advisory firm (Mazars Forensics), to conduct the independent forensic investigation.

Mthethwa said all findings related to Council Members will be dealt with by the Ministers Office as the National Arts Council does not have jurisdiction over them.