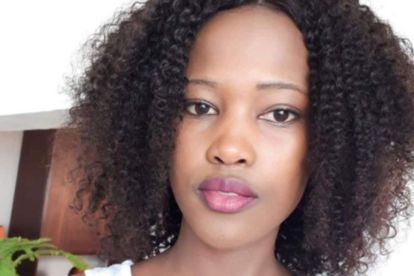 Ntlangulela appeared in the Mossel Bay Magistrate’s Court on Wednesday 17 June. The case has been postponed to July.

“Please note that Mlondi Ntlangulela, who is charged with the murder of Naledi Phangindawo appeared at the Mossel Bay Magistrate’s Court this morning. He was supposed to apply for bail but he abandoned his bail application,” said Ntabazalila.

Naledi Phangindawo was recently murdered in KwaNonqaba in Mossel Bay in the Western Cape. Ntlangulela allegedly fled to Strand but later handed himself over to police.

Naledi Phangindawo was allegedly hacked to death with an axe and a knife after being lured to a house. She sadly left behind three children. According to family members, she was stabbed 28 times.

On 13 June, Ramaphosa addressed the high number of gender-based violence in the country in the month of June.

This comes after the body of a young woman was found dumped under a tree in Dobsonville, Soweto. The incident took place just days after 28-year-old Tshegofatso Pule was found stabbed and hanged from a tree in Roodepoort. She was eight-months pregnant at the time of her death.

“Criminals have descended to even greater depths of cruelty and callousness. It simply cannot continue,” said Ramaphosa.

“We note with disgust that at a time when the country is facing the gravest of threats from the pandemic, violent men are taking advantage of the eased restrictions on movement to attack women and children,” said Ramaphosa.

“As we still struggle to come to terms with the brutality inflicted on Tshegofatso Pule, Naledi Phangindawo, Nompumelelo Tshaka and other women in the Eastern Cape and KwaZulu-Natal whose bodies were found dumped this week, another woman has lost her life,” he added.

Ramaphosa deployed ministers and deputy ministers to meet with community leaders in all districts around the country as part of national efforts to combat COVID-19. During these visits, they will be engaging with communities on this upsurge in gender-based violence so that everyone can work together to prevent the killing of women.