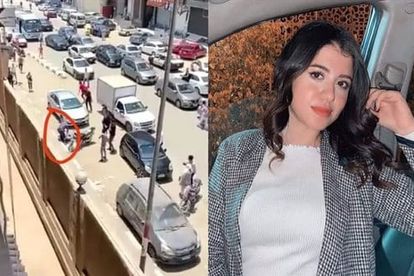 Naira Ashraf who was killed by a fellow student outside Mansoura University. Images via Facebook/Ahmed ElShazly

Naira Ashraf who was killed by a fellow student outside Mansoura University. Images via Facebook/Ahmed ElShazly

The murder of Naira Ashraf, a student at Mansoura University who was slaughtered by another student after refusing his marriage proposal has rocked Egypt and the rest of the world.

Ashraf was allegedly killed by Mohamed Adel, a third year student at the same university outside its premises.

According to Egypt Independent, Adel admitted during interrogation that he had committed the crime and he talked the prosecution through how the crime scene unfolded.

On Tuesday, the Public Prosecution decided to detain the suspect, Adel, for 4 days, pending investigations, reportedly.

In a statement, Egypt’s Public Prosecution said it heard testimonies from 20 witnesses, including Naira Ashraf’s parents and her sister, who confirmed Adel’s constant harassment of the victim. This due to the fact that their relationship didn’t work out  and because Ashraf rejected his marriage proposal.

According to Egypt Independent, Ashraf’s family held customary sessions and reported the suspect to the police two months ago and had pleaded to Adel not to harm them.

“Thirteen witnesses, students and employees of the university and its vicinity, also confirmed that they saw the accused, when he committed the crime, while they were in the vicinity of the scene of the incident.

“Public Prosecution interrogated the suspect regarding the accusations leveled against him, and he confessed to having committed the crime of premeditated murder of the victim due to the differences between them and her refusal to him.” Public Prosecution said.

Adel reportedly explained in detail to the Public Prosecution how he planned to commit and execute the crime. He also said he was insisting on marrying Ashraf, but she refused and blocked him on social media.

Dr. Ashraf Abdelbasit, the head of Mansoura University, also honoured Ibrahim Al-Ajroudi, the administrative security person in charge of securing the university gate, “Toshki Gate”, in recognition of his courage and attempt to save Ashraf and apprehend the perpetrator.