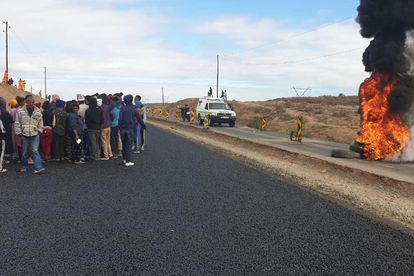 In a brief, but apparently very effective, protest on the N12 between Oudtshoorn and De Rust the highway was blockaded in the morning and reopened by lunchtime.

Motorists in the Western Cape had been advised to avoid the N12 between Oudtshoorn and De Rust after protests flared up in the region on Wednesday morning.

N12 BETWEEN OUDTSHOORN & DE RUST CLOSED DUE TO PROTEST The N12 between Oudtshoorn & De Rust has been closed due to a protest by residents of Rosevalley. People have barricaded the road with stones and burning tires. #RosevalleyProtest #RoadClosure

Protestors blocked the road with stones and burning tyres causing officials to officially close the road and divert traffic away from the area until the protest could be resolved and the debris cleared.

At first, it was unclear why the residents of Rosevalley were protesting, but they did make demands to see both ward councillor Jerome Lambaatjeen and mayor of Oudtshoorn Colan Sylvester to air their grievances.

Quick response from the mayor

Sylvester made his way to the scene in double quick time and opened a dialogue with the protestors where it was revealed they were demanding to be given jobs in the upgrade of the N12 road.

This appears to have gone incredibly well as a further meeting between community leaders, politicians, and the construction company charged with upgrading the N12 has been convened for Monday 19 August 2019 and the protestors have disbursed.

UPDATE ROSEVALLEY UPDATE Mayor Colan Sylvester confirmed that the discussions with the protesters went well. A meeting between all relevant role players has been convened for this coming Monday. The N12 has been reopened, it is now safe for use. #RosevalleyProtest #roadclosure