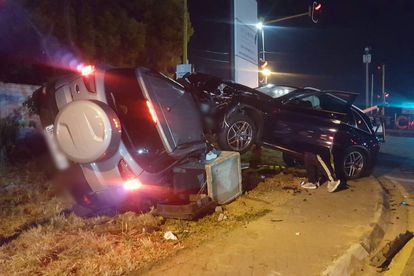 70 injured are injured in a multi-vehicle collision on the N1 in Pretoria. PHOTO: Facebook

70 injured are injured in a multi-vehicle collision on the N1 in Pretoria. PHOTO: Facebook

TWO OUT OF 70 INJURED TAKEN TO HOSPITAL

Only two people out of the 70 injured people were transported to hospital. It was found that 13 cars, a truck, a bus, a taxi, and two trailers were involved in the accident, said Tshwane emergency services spokesperson Charles Mabaso.

“Fortunately, there were no fatalities recorded on the scene. Only two patients were transported to medical facilities.”

ONE TRAPPED IN VEHICLE

One person was trapped in the vehicle and had to be extricated by emergency services and the fire department.

According to Emer-G-Med emergency services, the critical patient required advanced life support to stabilise him before being airlifted. He was taken to a specialist facility for the care he required.

“The road remained closed most part of the night but was completely cleared in the early hours of the morning, just before 01:00,” said Mabaso.

CAUSE OF ACCIDENT NOT KNOWN

How the multi-vehicle collision happened is not yet known.

“Law enforcement will be working on determining the cause of the accident.”

Mabaso said it was initially thought that 20 cars were involved in the collision including a taxi.

But it was a struggle to reach the centre of the accident to determine the facts, Mabaso said.

“Emergency services were then able to make a further assessment with law enforcement officers and others who were at the scene like the Bakwena road patrollers. 13 vehicles were involved in the accident, which included a truck, a bus, a taxi and two trailers.”