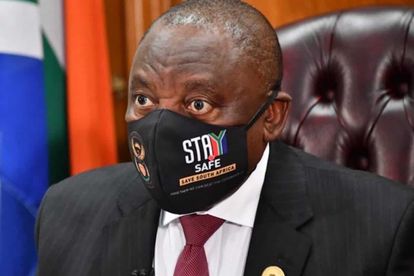 President Cyril Ramaphosa hinted Saturday that he will address the nation ‘soon’ as new cases of Covid-19 continue to soar despite the enhanced level 3 regulations he announced late last year.

He said the National Coronavirus Command Council (NCCC) had met this week and meetings with the provinces will follow Sunday.

This will be followed by a Cabinet meeting where the executive will debate the recommendations from the National Joint Operational and Intelligence Structure (NatJoints) and the Department of Health.

“It is then we will be able to make a determination and announce it to the nation.”

South African authorities reported more than 60,000 new cases over the past 72 hours, with 616 deaths recorded overnight.

Health minister Zweli Mkhize said the new cases meant that 1,192,570 Covid-19 cases have been confirmed since the start of the outbreak in March last year.

SA recorded its worst day for Covid-19 infections, with 21,980 cases confirmed in the past 24 hours, Mkhize said Friday.

It was also a grim day in terms of fatalities, with 616 deaths — the second highest to date — recorded since the release of Thursday’s figures.

Ramaphosa said a series of discussions needed to take place before he could address the nation.

“We are looking at that [address to the nation], the National Coronavirus Command Council is going to be meeting. We are going to meet with our provinces as early as tomorrow [Sunday] and thereafter, we are going to make a determination on how best we move forward. At the right time, that will then be announced to our people.”

In that address, a teary-eyed President virtually begged South Africans to comply with Covid-19 protocols while placing the country under a more pronounced alert level 3.

The sale of alcohol was banned, beaches shut, and curfew times extended from 9pm to 6am.

All public indoor and outdoor gatherings were also prohibited, except for funerals, limited to 50 people.

After Wednesday’s NCCC meeting, there’s been growing speculation of stricter regulations, with commentators hinting that the country should brace itself for a return to severe lockdown level 5 measures.

In an interview with the SABC’s Mzwandile Mbeje on Saturday morning, Ramaphosa said: “We are concerned about the continuing spike in infections.”

In response to a question on why Covid-19 field hospitals set up during the first wave of infections were dismantled, Ramaphosa said the venue rentals were very expensive.

“Not all the field hospitals had been dismantled. What happened is a number of provinces which set up those centres, they had to hire venues at enormous cost, for instance closing down conference venues that charged us hundreds and hundreds of millions [of rand].

“So, when the first wave seemed to be tapering off, they then went in to say, ‘Let’s look at how we can save costs’. But now that the second wave is here and hospital space is becoming a challenge, we now know what to do. We should be able to very quickly set up these facilities. We haven’t reached there yet.”

But it appears the country is ‘already there,’ as borne out by desperate cries from several provinces – including the Western Cape and KwaZulu-Natal – that hospitals were running out of bed space and people were dying outside faciities while waiting for beds to become available.