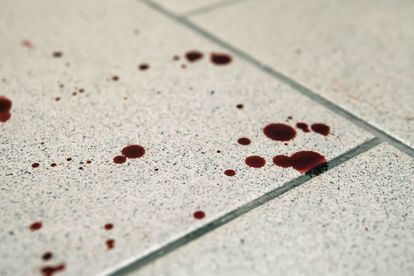 A nurse and a social worker were both found dead in a house in Limpopo on Thursday 2 January. Police say that domestic violence cannot be ruled out as a possible motive for the nurse’s brutal murder.

On Thursday afternoon, the body of a 30-year-old nurse and what is believed to be her partner were found dead in a house outside the coal mining town of Lephalale, in Limpopo. The age of the man has not been disclosed.

The police in Tom Burke outside Lephalale have opened cases of murder and an inquest following the discovery.

“The nurse was lying in a pool of blood and the body of her alleged partner was hanging from the rafter in a house at Mahlasedi village,” said police spokesperson Brigadier Motlafela Mojapelo.

The bodies were discovered by a neighbour at about 14:30. The police were then informed of the gruesome discovery.

Preliminary investigations revealed that the woman was stabbed several times. The blood-stained murder weapon, which was not disclosed by police, was also found lying next to her body.

“The inquest investigations regarding the other deceased [the man] who was found hanging from the rafters, are also unfolding to determine the cause of his death,” said Mojapelo.

Police have said that the motive for this incident is unknown at this stage, but domestic violence cannot be ruled out.

“People are advised to seek professional assistance when faced with domestic or relationship challenges and desist from resorting to violence. Police investigations are continuing,” added Mojapelo.

Family of the deceased devastated

According to SABC News, the deceased has been identified as Njie Mojapelo and Dakalo Muruba.

Muruba’s family members say they are heartbroken and Mojapelo’s family refused to speak to the media at this stage.

The body of Zinhle Muthwa was also found along the roadside in Umbumbulu, KwaZulu-Natal, on Thursday 2 January, after the young woman allegedly went missing on New Year’s Eve.

According to police, Muthwa’s body was found covered in bruises after it was dumped by her alleged attacker(s). No suspects have been identified or arrested at this stage.